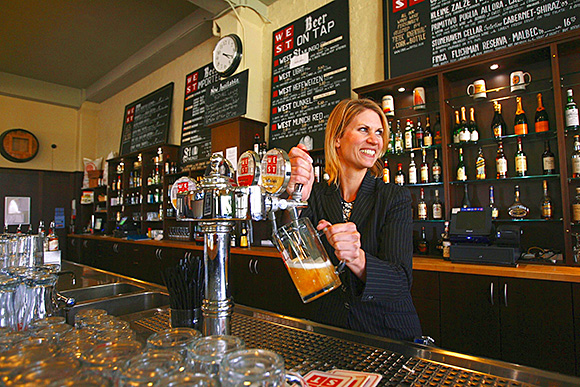 TWO Scottish breweries are set for expansion after receiving grants of almost £2.5 million from the Scottish Government.

Glasgow-based Heidi Beers Ltd, which trades as West brewery, was awarded £1.85 million under the government’s Food Processing, Marketing and Cooperation (FPMC) scheme, while Fraserburgh’s Brewdog received £551,000. Both brewers will use the grants to fund ambitious expansion plans.
West aims to move all of its production, including the 70% of its operations currently based in Germany, to a new facility; it will also take on 18 new employees and launch a new low-alcohol lager.
Brewdog will put its £551,000 grant towards a new brewery in Ellon, allowing it to relocate to Scotland production which currently takes place in Belgium and England. The move will see it add 16 staff to its payroll and launch a range of non-alcohol malt-based drinks.

Image – The West is yet to come: Petra Wetzel said the grant will fund expansion.