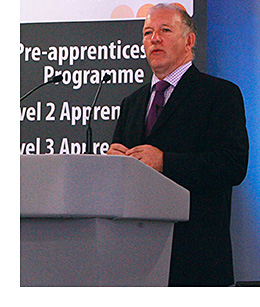 CRIMINAL gangs will seize the opportunity to cash in if minimum unit pricing for alcohol is introduced in Scotland.

The warning came last week from a public policy think-tank, which claims data from HMRC (Her Majesty’s’ Revenue & Customs) proves that organised crime is adept at profiting from a range of market sectors.
While Scotland’s minimum pricing legislation – due to be challenged in court in Edinburgh and Brussels in the coming months – is designed to cut consumption by raising prices, Front Line Policy argues it will lead drinkers to find other sources of alcohol.
By doing so, it argues criminal gangs will be handed a “golden opportunity”.
The think-tank, which draws on the experience of public sector professionals to shape policy debate, raised its concern at a press conference at the Royal College of Physicians in Edinburgh last week. It is calling on ministers to commission research to calculate the “cash windfall organised crime will gain” if minimum unit pricing comes into effect.
“While looking into alcohol-fuelled anti-social behaviour and minimum unit pricing (MUP) I realised there was an opportunity for organised crime to enjoy a significant windfall from MUP,” said Mev Brown, founder and editor of frontlinepolicy.org.uk.
“I have been looking at data from HMRC which shows how successful organised crime is in taking market share in various market sectors.
“MUP introduces what economists call a ‘price shock’, with the intention of bringing about a change in behaviour.
“The prevailing wisdom is that it will reduce consumption.
“My concern is that many will simply look for cheaper supplies and this represents a golden opportunity for organised crime to cash in.”
In the pursuit of his own research, Brown discovered that the data used by the University of Sheffield – also commissioned by Scottish ministers to look into the effects of minimum pricing – was also used by HMRC. Just as researchers at Sheffield came up with a model to examine the impact on consumption, health and crime, he argues that criminologists could work out how much organised crime would gain.
And from that, he said, the potential loss of tax revenues and jobs arising from black market sales could be calculated.
A spokesman for the Scottish Government said the Alcohol (Minimum Pricing) Act 2012 already requires ministers to examine its impact on areas like the alcohol industry, crime and public health.
“But we are clear that the benefits of minimum pricing – fewer alcohol-related deaths and hospital admissions, a reduction in crime, less burden on public services – far outweigh any potential risks,” he said.
Meanwhile, the membership of the BII has come out strongly in favour of the UK government introducing minimum unit pricing in England and Wales.
A poll carried out by the professional standards body revealed that almost four in five of its members (77%) agreed with the concept; of those in favour, 81% would like to see MUP set at 50p, while only 17% backed the government’s proposal to set it at 40p per unit.
The survey sought the views of around 350 licensees.