Faced with worries over jobs, rising food prices and the health of the economy, consumers are reacting in one of two ways, new research has found.
The latest Market Report from First Drinks, distributor of a host of key drinks brands to the trade in Scotland, suggests spirits and Champagne drinkers are responding to the economic climate by buying less and trading up, or trading down and buying more.
And that means while top-end outlets and discounters enjoy a positive spin-off from the economic situation, across the on and off-trades, businesses in the middle ground are being squeezed – a trend expected to continue. 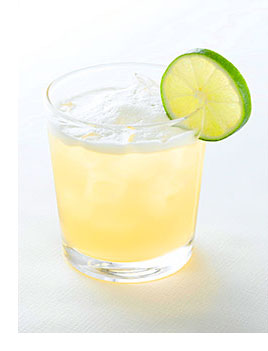 Yet for all it said the outlook varies from outlet to outlet, the research found that, looking at the market overall, there was plenty to cheer about with regard to spirits sales – in pubs, bars, restaurants, hotels and off-trade stores.
In the on-trade, First Drinks, whose report identifies trends across the full spectrum of outlets, found that the value of the spirits market grew by a healthy 9% to £5 billion across the UK last year.
In pubs and clubs sales were up 9% to £4bn and in hotels and restaurants the figure also rose 9% to £825 million, with the value of premium spirits sales measured at £341m, up a thumping 29%.
In its channel overview the sales and marketing firm, whose roster includes Glenfiddich, Hendrick’s and Zubrowka, suggested visits to the on-trade are “increasingly seen as a treat with consumers looking for something new and different”.
“As a result of the treat spend,” it continued, “consumers are looking for premium brands and a top-quality experience”. In other words, we might be going out less, but boy do we want to enjoy ourselves when we do.
That observation chimed with the experience of two prominent spirits outlets SLTN contacted – the award-winning cocktail bar Dusk in Aberdeen and the five-star Blythswood Square hotel in Glasgow – which also report healthy sales of top-end brands.
“I would say there’s definitely been an improvement over the past few months,” said Dusk general manager Kris Lovie.
“We’ve seen folk with a bit more disposable income, certainly, and a bit more of the corporate side spending more, which shows things are on the increase.
“We’re still seeing good sales of premium spirits, which is our trade anyway – it’s always been the superior products we’ve done.”
Hans Rissmann, managing director of Blythswood Square, part of the Townhouse Collection, said the hotel’s experience was also consistent with the report’s findings.
He reckons consumers’ growing knowledge of premium brands is a big part of the category’s success – and praised brand owners for instilling passion for their brands among the bartending community.
“There’s now so much variation and choice for people,” Hans said.
“The awareness of leading premium brands is very good and people tend to ask for specific premium brands.
“There seems to be a new tier all the time to premium brands but they’re doing a good job at getting their name out there and people are asking for them.
“They [brands] all seem to be working hard at building relationships – they’re good at getting bartenders to become ambassadors for them, which helps.
“I’m not surprised by those statistics at all.”

Consumers are looking for premium brands and a top quality experience.

While knowledge and brand awareness clearly help, the rise and rise of cocktails in UK bars appears to have been equally pivotal to last year’s growth in premium spirits.
According to the First Drinks report, consumers’ growing thirst for cocktails meant 76% of outlets recorded equal or increased sales last year compared to the year before.
As cocktails have moved into the mainstream from “exclusive” on-trade outlets, the report suggests they are now served by one in five outlets across the UK, with the market expected to grow by more than 10% in the next two years. 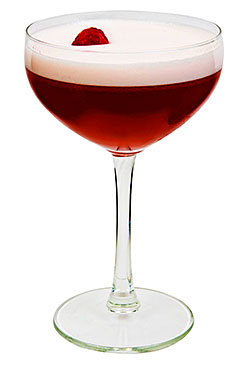 “This presents a huge opportunity and outlets need to be creative with innovative premium serves,” the report said.
“Training is key. Currently only 23% of outlets take advantage of training from suppliers and brand ambassadors.”
Both Dusk and the Blythswood are prime examples of what can be achieved with cocktails, with the reputation of both bars burnished by their respective offers.
Lovie reported that more and more bars in Aberdeen are serving them in response to growing demand.
“Six or seven years ago it [Aberdeen] wasn’t the best option as far as cocktails go.
“Now there are some fantastic bars throughout Aberdeen offering cocktails. It’s good to see we’re slowly dragging ourselves further forward from where we were.”
At the Blythswood, cocktails have led its spirits offer since the hotel opened in late 2010 – and Rissman says there’s no sign of demand abating.
“We’re just about to launch our second cocktail book, taking on some feedback from the first edition,” he said.
“Our cocktail sales are going from strength to strength. I get the feeling people are happy to be educated on cocktails.
“I don’t mean that in a patronising way. They’re willing to experiment more than sticking to the traditional Cosmos or Mojitos. There’s a willingness to try something different.”

PREMIUM SPIRITS had a sensational 2011. Sales rose a staggering 29% to £341m, suggesting many consumers traded up to superior products.