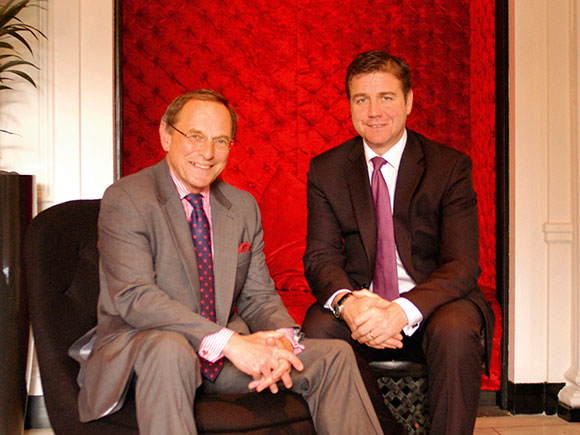 THE boss of Glasgow’s five-star Blythswood Square has spoken of his satisfaction at the steady progress made by the hotel – but warned that trading conditions remain tough.

The hotel, part of Peter Taylor’s Town House Collection, is performing well as it nears the end of its second full-year of trading, after reporting profits of just under £1 million for the year to October 31, 2011.
Its progress was hailed last week by managing director Hans Rissmann, who told SLTN the hotel is moving in the right direction after its difficult birth.
The project to create a five-star hotel in the former RSAC building was thrown into disarray in 2008 when an interior wall collapsed and the main contractor went bust, sparking major losses and delay.
Taylor sold two hotels, Channings and The Howard, as well as serviced apartments The Edinburgh Residence, for around £10 million to ease the group’s bank debt which had risen to £32m in the year to October 31, 2010.
However, as the Blythswood nears the end of its second full year of trading, it looks like the hotel its consigning its woes to the past.
The group’s most recent results reveal the hotel posted profits of £992,000 last year, compared to a £600,000 loss the year before, with turnover up to £6.8m.
Property sales helped cut group debt from £35m to £26m, with losses down significantly at £1.49m.
“We’re just about to complete our second full year’s trading and we’re very happy with how we’re performing,” Rissmann said.
“Occupancy is strong, spa is strong; we’ve got tough targets but we’re managing to deliver on them.”
Rissmann noted the scale of the group’s debt to Lloyds bank and said it was a responsibility it had to “manage carefully”.
And he acknowledged the challenges posed to hotels by consumer behaviour in light of the economic conditions.
“It’s not easy and it would be foolish for anybody to say it’s fine,” he said. “It’s not and you have to work very hard to adapt and try new things.
“We live in a discount culture and we have to have offers in order to get throughput and people through the doors.
“Although it’s five-star you don’t need to spend a fortune to come here – there’s always a good deal to be had but if you want to indulge you can as well. Our price points are quite sensitive, which is essential.”
Looking ahead, Rissmann said the lack of certainty in the market arguably presents the group its “biggest challenge”.
“It’s very difficult because the lead-in time can be unpredictable,” he said.