DUNDEE operators are looking forward to a cash windfall in the wake of the storm engulfing Scottish football.

While many pubs across the country, particularly in Glasgow and the west, are expecting to see footfall drop due to Rangers’ absence from the SPL, their counterparts in Tayside are hoping income will climb in the opposite direction.
The SPL’s decision to promote Dundee to the country’s top division ensures the return of the Tayside derby, which some say will more than make up for the loss of the Glasgow side from Sky’s live SPL offering.
In recent years games between the Dark Blues and their Tangerine rivals have become a rarity but, with at least three derbies guaranteed this season, businesses are hoping to profit.
That’s certainly the case at the Royal Arch in Broughty Ferry and city centre bar the Speedwell Tavern, both owned by Jonathan Stewart.
“I think the fact Dundee are going up will more than offset the loss of Rangers,” said Stewart, who is delighted to see the derby return after four years.
“We have become quite accustomed to Dundee not being in the SPL so this could be regarded as a windfall.
“The Dundee derby makes the difference between fans coming out on a Saturday and going to the pub or just staying in and doing other things like sitting in front of their computers. Instead of virtual socialising, they can get out and sample the real thing.”
A pre-season ‘friendly’ gave the city a taste of what to expect when the first competitive derby takes place at Tannadice on August 18, followed by a Dens Park fixture on December 8 and a second clash across the road on March 16.
There is also the possibility of the teams being drawn together in cup competitions and meeting for a fourth time in the league if they finish in the same half of the SPL before the ‘split’.
“It’s very definitely a good thing because more people will come out when you have SPL competition in the city,” Stewart added.
“That’s from a local point of view but, nationally, whether the SPL will be as attractive as it was I’m not sure.
“I can see a lot of folk turning their attention towards the English league.”
The summer months have witnessed an abundance of sport with the Open Championship and Andy Murray’s Wimbledon heroics following hot on the heels of Euro 2012.
That has been a boon for business in general with Richard MacKay, manager at the Royal Arch, convinced more of the same could follow.
“The loss of Rangers may not be such a good thing for the Glasgow pubs but I think it’s a very, very good thing for the city of Dundee,” he said.
“Before last week’s derby game there hadn’t been a derby game for four years.
“The derby is very well supported before and after the games. We are quite a distance away from Tannadice and Dens Park but we still got a very good turn from it.” 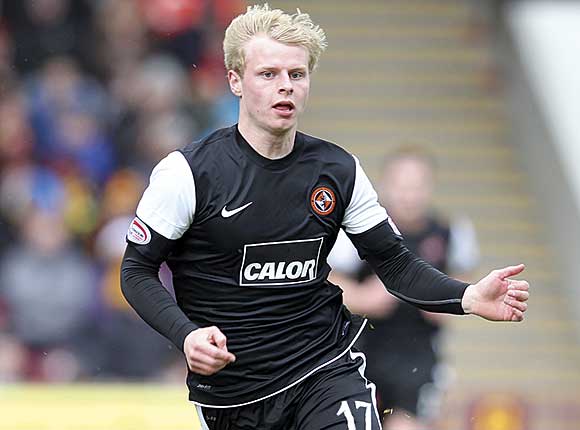