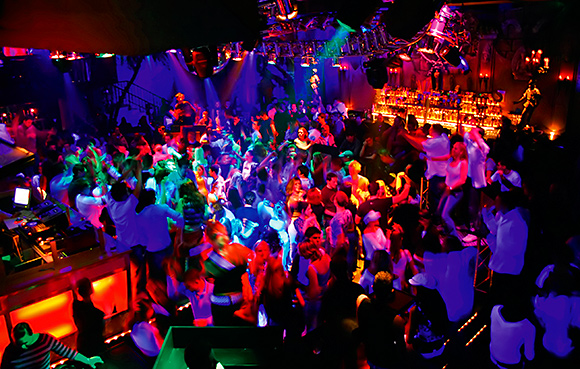 PUBS and nightclubs in Scotland are being targeted by HM Revenue & Customs as part of its latest crackdown on tax dodgers across the UK.

Taskforces have been set up to lead “intensive bursts of activity” in what HMRC described as “specific high risk trade sectors” as it seeks to recover £30 million in unpaid taxes.
The probe will cover a range of sectors and see teams from HMRC visit businesses to examine tax records and check for evidence of tax avoidance or evasion. It comes after a similar taskforce was set up to target restaurants in Scotland.
Colin Borland, Scottish policy convener at the Federation of Small Businesses, said the timing of the latest campaign is far from ideal for the trade.
“The summer months can often be the busiest for Scottish tourism-related businesses – many of which will be licensed,” he said.
“While everyone needs to play by the same rules regarding tax, our members tell us that these sort of spot-checks can seriously disrupt their business.
“We would hope that HMRC adopts a proportional, common sense approach.”
Hospitality trade accountant Ian McDougall urged operators to not worry unduly.
“Although the language used by HMRC sounds threatening, in reality all they are doing is focusing their own efforts – they have always had the power to investigate any company,” he told SLTN. “If you do get approached by HMRC then contact your accountant right away before you arrange any meeting or open discussions with them – HMRC don’t do off-the-record chats.
“In many cases the professional fees from your advisors may outweigh the actual additional tax liability so if you believe you are at risk you may wish to arrange tax investigation insurance.”
Neil Whyte, tax partner at accountancy firm PKF, said the activity is expected to include cross-checking past tax returns against other data.
“If you haven’t declared everything you should on your tax returns, it’s much better to voluntarily approach HMRC before it comes knocking on your door,” he said. “In this way you may be able to mitigate some of the fallout from past tax irregularities. Acting quickly should save you money and, in worst cases, it might mean you avoid being prosecuted.”
HMRC’s Mike Eland said the aim is to crack down on the “minority who have chosen to break the rules”.
“If you have paid all your taxes, you have nothing to worry about,” he said. “But deliberately evading tax you should be paying can land you with not only a heavy fine but possibly a criminal prosecution as well.”

Image: Nightclubs are in the tax spotlight.