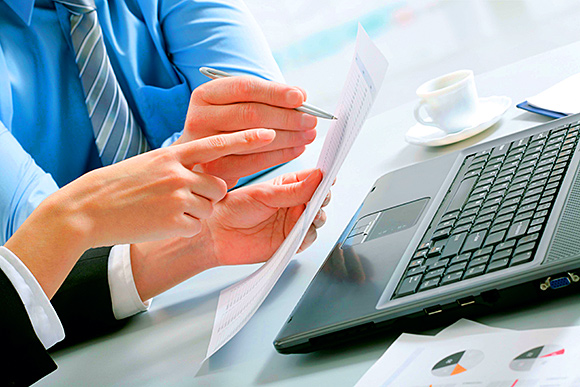 LICENSED operators in Scotland could be among thousands of UK SMEs in line for compensation after a City watchdog probe into commercial bank lending.

The prospect arose after the Financial Services Authority (FSA) announced it had found “serious failings” by four major banks in the sale of interest rate swap products to SMEs.
Interest rate swaps, also known as hedges or derivatives, are complex financial products sold by banks, including RBS, HSBC, Lloyds, Barclays and Clydesdale Bank, alongside business loans.
The products, which first emerged in 2001 and became commonplace in 2006, were sold to SMEs on the premise it could protect their borrowings against rises in interest rates.
They were typically offered to customers seeking to refinance their existing loan facilities, and became more aggressively sold as the banks and sales people who did the deals realised how lucrative they could be.
The practice was common in all areas of commercial lending but SLTN understands it became especially prevalent in businesses with a large property exposure, such as pub groups and hotels.
According to the FSA, banks have sold around 28,000 interest rate protection products since 2001.
But over the past 18 months evidence has emerged that thousands could have been sold in breach of the FSA’s business conduct rules. In some cases, banks are said to have failed to offer their customers alternative products, to outline the risks involved, and to advise their clients on the downsides of the products: these include exorbitant breakage costs in the event of early loan repayment, and the fact the customer is locked into higher interest rates in the event the rate falls, as has happened since the recession.
It has also emerged that swaps have been sold for durations significantly longer than the period of loan agreements.
SLTN understands that many swap customers have fixed rates at 6% or 7% and are therefore unable to take advantage of the historically low Bank of England base rate, currently pegged at 0.5%. And if they attempt to exit the deals they face charges of up to 20% of the value of the loan.
“It’s almost as if the bank and the customer were buying an insurance product together,” explained Cat MacLean, head of dispute resolution at Edinburgh law firm MBM Commercial, which represents just under 50 clients, including hoteliers, with claims against the banks. “It’s like the bank saying we’d like to insure you against interest rates rising further, without discussing the effects if interest rates drop.
“And because it’s a separate product – although from the customer’s point of view it just appears as part of the lending – there’s really no discussion about the fact that the product is put in place for 20 years in some cases.”
“Another thing the banks commonly did was sell a hedge product which didn’t really tie in with the term of the facility they were granting,” added Graham Langley, business development director at MBM.
“For example, they would say to a client that they wanted to tie them into a ten-year hedge, when the review date for the facility was in five years.
“The client would say, ‘what’s going to happen in five years’ but the bank would say, ‘don’t worry, we’ll just review it on existing terms’. What happens in five years time is that the world is a different place and you have a 3% or 4% margin on your borrowing. And if you want to break it is going to cost you £400,000 or £500,000. Typically the breakage costs are about 20% and 30% of the capital sum of the loan.”
Over the past 18 months pressure has been mounting on the FSA to act after the issue was highlighted by the media and politicians on Westminster’s Treasury Select Committee, as well as lawyers like MacLean.
After an investigation earlier this year, the authority announced earlier this month that it reached an agreement with Barclays, HSBC, Lloyds and RBS to “provide redress where mis-selling has occurred”. This may take the form of the cancellation or replacement of existing products, alongside partial or full refunds of the costs involved.
The FSA said the process will be overseen by “an independent reviewer at each bank appointed under the FSA’s powers”.
But MacLean told SLTN there is a need for clarity on how the assessment process will be carried out, explaining that it would be a concern if it was down to the banks alone to identify businesses which should receive redress.
“The announcement by the FSA doesn’t change the legal landscape, it doesn’t change the underlying law,” MacLean said. “It says that, as in the case of PPI [previous bank controversy over payment protection insurance], we may be able to compensate some people in some way.
“[For] people who have claims, I wouldn’t have said that going through the courts and litigation is the way forward, but to use the assessment process that’s put in place.
“I wouldn’t want to sound all doom and gloom – obviously this is a massive step forward – but I do have reservations about exactly how the process is going to work.
“The banks will be working hard to try and minimise redress, both in terms of quantity and value.
“And they will try and spin it out for as long as possible.”
The British Bankers’ Association said in a statement: “Our members have been working closely with the FSA while it carries out its thematic review into interest rate swaps and will continue to co-operate fully.”

Image: Several banks are accused of failing to outline the risks involved in interest rate swaps or offer alternative products.