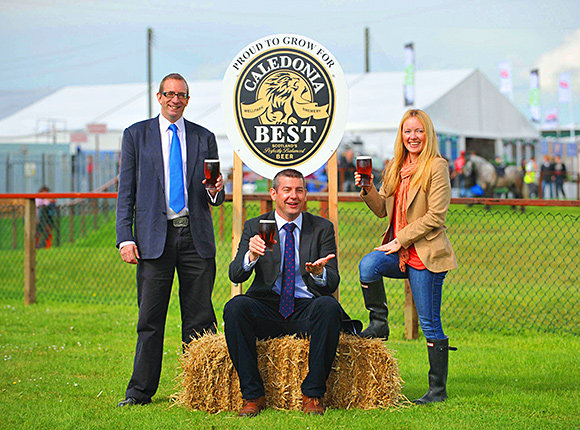 SCOTLAND’S number one lager is continuing to make good headway at home – but its cider stablemates are finding the going a little more tough across the UK.

C&C Group’s latest assessment on core brands Tennent’s, Magners and Gaymers came as the Dublin-based firm posted its trading update for the period between March 1 and June 27.
The continuing pursuit of value over volume in the Tennent’s UK business helped the brand deliver “another robust performance in the first quarter”, with a “positive” pricing mix compensating a decline in the volume of the lager sold.
While 6% fewer pints and bottles were sold across the UK compared to the same quarter last year, net revenue was up 5.4%. That was in the context of a Scottish beer market down more than 1%.
John Gilligan, sales MD for Tennent Caledonian Breweries, which was acquired by C&C in 2009, said the Glasgow-based brewer was making good progress in challenging trading conditions. “We’re very happy with the way things are going,” he told SLTN. “The figures show that we’re continuing to grow share in a market that’s down.
“Tennent’s, as a standalone business unit, continues to invest heavily in the trade. We’ve invested in the brewery and our head count to support the business, and we are really going against the trend. As a result we are enjoying market share growth and opening new accounts every week.”
There was less cheer for C&C on the cider front, thanks in part to poor weather.
In a market down 21.6%, the volume of Magners and Gaymers sold slipped 21.8% and 21.5% respectively.
C&C said the fall in consumption had created an element of overstocking in the trade, which had in turn put “pressure on retail pricing”. It also said the Magners’ decline reflected a strong performance in the same quarter last year.
The company pledged to step up support for the brand as the year progresses.
Good progress was reported by C&C on the export front.
The roll-out of Tennent’s into the Republic of Ireland is proceeding well, the firm said, with the brand now pouring in more than 1200 on-trade outlets.
Tennent’s began exporting to new markets, including North America and Italy, over the period and the early signs were encouraging – the brand accounted for 12% of exports in the quarter.
The firm’s cider brands showed strong growth in export markets: excluding US cider brand Hornsby’s, which C&C acquired from E&J Gallo Winery last November, total volume was up 62.9% and net revenue was up 47.4%.
Meanwhile new ale Caledonia Best, brewed by TCB in Glasgow, launched its ‘seed fund’ for the Scottish farming and brewing sectors last month. On launching the ale last October, the brewer said it would donate 5p from every pint sold in the first six months to support grassroots farming and brewing projects. Applications to a fund of £58,000 are now being invited. The ale recently reached its 1000th draught installation in the Scottish on-trade.