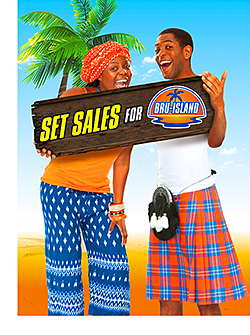 IRN-Bru will this summer give of-trade consumers the chance to win a holiday to Cape Verde.

Bru-Island, which will run on packs of Irn-Bru regular and Sugarfree, is described as the brand’s biggest ever on-pack promotion.
The campaign will run from the middle of next month until the end of September.
Competition winners will fly out to the island, located in the Atlantic off the west coast of Africa, the following month.
“This phenomenal promotion will drive shoppers to the soft drinks fixture in search of the Bru-Island prize-winning packs,” said Jonathan Kemp, commercial director at AG Barr.
The promotion is supported by media activity including a four-week TV campaign, which goes live from the end of next month.