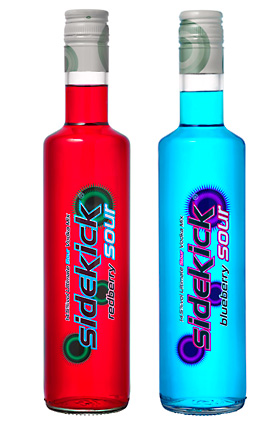 THE firm behind Sidekick has launched a three-strong extension to the core range.

Available in Apple, Redberry and Blueberry variants, Sidekick Sour is said to retain the “core original flavour”, while giving it a “tangy authentic sour feel”.
Like Sidekick, the new 14.5% ABV Sour range is designed to be drunk as a shot or as part of a long mixed drink or cocktail.
Lorna Tweed, brand manager for Sidekick at Halewood International, said the introduction of the new sub-range was a natural progression for the brand.
“Sidekick has been performing well and in response to consumer demand we have now extended the range to include sour flavours,” she said.
“We have high hopes for this brand extension both in the on and off-trades.”
The three new Sour variants join the core Sidekick range, which comprises five cream-based and five fruit-based products: Strawberry and Cream, Cookies and Cream, Chocolate Orange, Toffee Caramel, Chocolate Mint, Apple, Cherry, Blueberry, Cola and Redberry.
Halewood said Sidekick is listed by all major cash and carry groups.