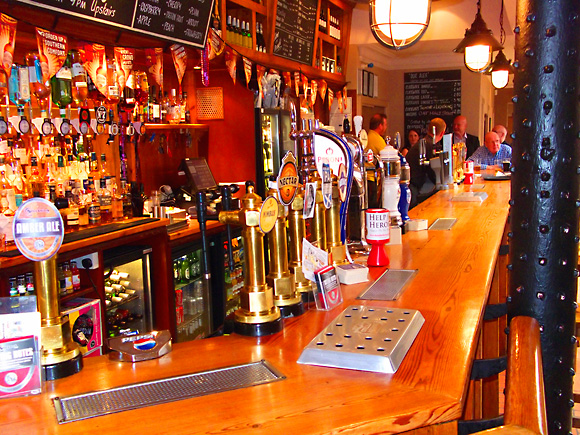 A GROWING number of bars around Scotland are waking up to the potential of world beers.

Operators told SLTN last week that while it can be a confusing category to navitage, given the diversity of global beers available, the ability to provide drinkers with a broad choice is a real boon, allowing them to offer products that are otherwise hard to find.
John Kelman, general manager of Aberdeen restaurant Musa, said offering consumers a selection of unusual beers and wines is a core part of the venue’s appeal.
Kelman works with suppliers based in the UK and overseas to ensure that the restaurant is always stocked with a compelling range of world beers.
“The shipping costs are quite minimal when you’re buying a few cases, so we go all over for it,” Kelman told SLTN.
“We’re not tied to [a specific beer company], so we introduce new beers when we feel like it and as they come in.
“If we think it tastes good and we think we can sell it we’ll bring it in.”

There’s more of an appreciation of world beer now. There’s a lot of growth in it.

This beer focus is probaby to be expected from a restaurant owned by James Watt, co-founder of Scottish craft brewery BrewDog.
Recently Musa has stocked beers from as far afield as Belgium and Hawaii, as well as breweries closer to home.
Kelman said customers are able to taste new beers before they buy, while smaller measures like half pints or the recently-introduced ‘schooner’ glasses have encouraged more customers to experiment.
Matching new beers with food is also an important way to encourage customers to try different beers at Musa, with the restaurant regularly holding themed dinners which match beer with various courses.
“We try to create a buzz around the beers,” Kelman said. “It’s about responsible drinking. You want people to enjoy it but not get totally blotted. You’ve got to have it with your food.
“For example, this Wednesday we’ve got a seven-course dinner.
“It’s nose to tail eating, seven courses, seven beers, 70 quid.
“We think it’s important that beer and food match, in the same way that wine and food match.”
World beer could also have the potential to attract the elusive female beer drinker as, according to Kelman, these dinners are equally popular with male and female customers.
“I think there’s more of an appreciation of world beer now,” he said. “There seems to be a lot of growth in it. I’m certainly getting a lot more emails from suppliers and little breweries.” 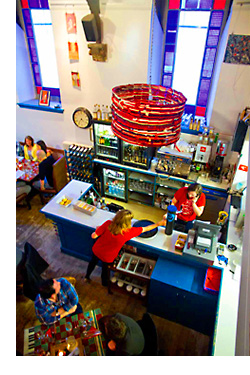 Smaller European breweries have also found a home at Glasgow pub Clockwork Beer Company.
Staff at the outlet, part of Maclay Inns, review its world beer range every three or four months, and assistant manager Katie Ritchie said they’re always keen to try new products: German beers are a particular focus.
“We have a man that comes over in a van from Germany and sells them to us. So just now we’ve got a fantastic selection,” Ritchie said.
“His name is Olaf and he drives round all the breweries in Germany, buys up cases and then comes over here and sells them to us.”
Ritchie said the pub will purchase around a dozen cases of beer from their importer every six weeks.
Once introduced, the beers are promoted to customers through dedicated blackboards.
While world beers tend to be most popular with customers in their late 20s and early 30s, “there are a good few different people that drink them” at the Clockwork.
“Older people that would usually just drink lager are more inclined to try them now,” Ritchie added.
And, with world beers ranging from complex German dunkel beers to lighter fruit flavours, it seems the category can be equally popular with beginners and connoisseurs at the bar on Glasgow’s south side.
“People that know beer know the differences between different beers,” Ritchie said.
“With the German range they know the difference between a dunkel, a bock, a hefeweizen and things like that. But I think the general public just say ‘oh a peach beer, I’ll try that’.”