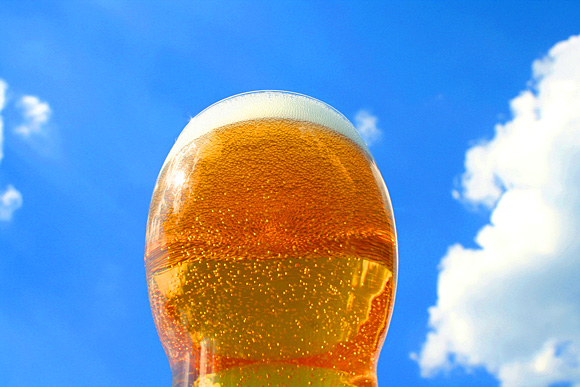 MOLSON Coors and Carlsberg UK have spring and summer in their sights with their latest beer launches.

Two of Scotland’s biggest beer suppliers unveiled new seasonal brews last week, shortly before the official start of British Summer Time on Sunday (March 25).
Carlsberg UK has launched 3.7% ABV Tetley’s Blooming Ale, while Coors’ seasonal variant is the 2.8% ABV Carling Zest.
The limited edition Carling lager is available in bottle format in the on and off-trades and will be rolled out in pubs and bars in draught from May; it will be available until the end of September.
A marketing campaign supporting the launch, including TV, press and outdoor ads, will kick off on May 1.
The beer is said to have a “light citrus” flavour and a refreshing taste.
Annette Middleton, senior brand manager for Carling at Molson Coors UK, said the brewer drew on its experience of producing lower ABV beers, like Carling C2, when it came to producing Zest.
“The mission we set our brewing and innovations team was clear: make us a drink perfect for the summer; and in Carling Zest they’ve achieved just that,” she said.
“With its clear, fresh taste and a twist of citrus, Carling Zest is a perfect beer to enjoy with friends in the sun.
“There will be no better drink to stock this summer.
“The limited edition beer has tested incredibly well with consumers who are drawn to Carling Zest’s summery appeal.
“The launch is being supported with a great marketing campaign to support our customers in selling beer throughout the summer.”
Meanwhile, Tetley’s Blooming Ale is said to have been brewed with the palest ale malts to give the beer a “golden hue”, and Celeia Styrian hops to add a “floral aroma”.

The mission for our brewing team was simple: create a beer that’s perfect for summer.

David Scott, director of marketing at Carlsberg UK, said the beer has a “fresh, floral character” and goes well with lemon sole or sea bass, salty cheeses, and tangy citrus desserts like lemon syllabub.
“At 3.7% ABV, Blooming Ale is a relatively light ale, but don’t be fooled – it really packs a flavour punch,” he said.
“With longer days and warmer weather, Blooming Ale is a great addition to a bar, heralding the end of long, dark winter nights and welcoming longer, warmer days and, dare I say it, pub garden weather.”