Brewer has stout market in sight as it adds to beer 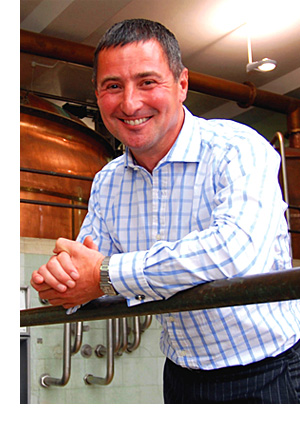 BELHAVEN has made its first foray into the stout market in the UK with the launch of Belhaven Black.

Six months after it introduced cask ale Belhaven IPA, the Dunbar-based brewer, owned by Greene King, is rolling out the 4.2% ABV ‘Scottish heritage stout’ in kegs from this month, with the stout available in casks from June and bottles to follow. It already produces 7% ABV Belhaven Scottish Stout in keg and 500ml bottles for the export market.
Euan Venters, managing director of Greene King Brewing and Brands, told SLTN a “lack of choice” for stout drinkers in the domestic market prompted the brewer to launch Belhaven Black. And he reckons there’s room for a new player in a category dominated by Guinness.
“Belhaven Black is a very distinctive product and I think it will go in alongside [Guinness] in some accounts and in place of it in others,” he told SLTN.
“Last year we looked at a number of opportunities. Belhaven IPA filled a gap in our portfolio and we also thought there was space for a distinctive Scottish stout. It’s an area of the market where more consumer choice is a good thing.
“Belhaven Black has a very distinctive taste; it’s a high quality product and it looks and tastes like a quality product.”
Initially available to the Scottish on-trade, Belhaven Black will also be rolled out to outlets south of the border through Greene King. And Venters said the brewer has more new products in the pipeline.
“We’re focusing on what consumers want and gaps in the market for Belhaven products,” he added.
“The success of Belhaven IPA has shown us that there are opportunities. 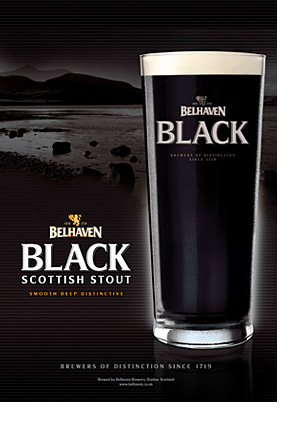 “There will be more products coming on stream, including another interesting one to follow later this year.”
The launch of Belhaven Black came as parent company Greene King reported record Christmas trading.
Like for like sales in its managed outlets, which include the Hungry Horse and Eating Inn brands, were up 8.2% in the seven weeks to January 15, driven by food, which saw an 11.1% uplift. Average earnings per outlet across its leasehold Pub Partners estate were up 5.9%. Volume sales of its core brand beers rose 7.4% in the seven-week period, with Belhaven Best said to have performed particularly well.