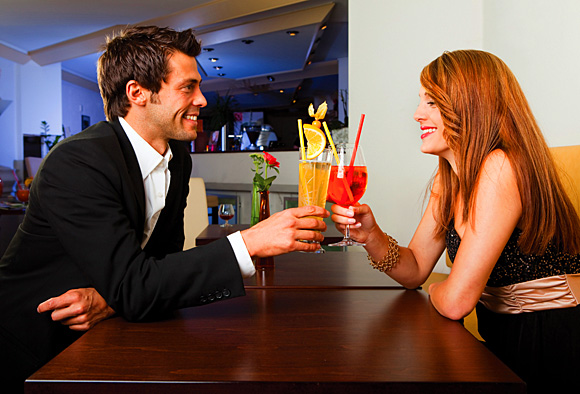 FOR many consumers a cocktail is as much a part of Valentine’s Day as a romantic card or red roses.

From an operator’s perspective, however, a strong cocktail list is about more than romance – it could bring a welcome boots to trade after the traditionally quiet month of January.
Roshean Cairns, bookings administrator at Glasgow bar Metropolitan, said cocktails have become “part and parcel” of Valentine’s Day.
The Merchant City venue will be offering a number of dedicated Valentine’s Day cocktails, with the list of drinks being finalised as this section of SLTN went to press.

Cocktails are now part and parcel of Valentine’s Day for many people.

“It’s something that’s a bit sophisticated, a bit special,” said Cairns of Valentine’s cocktails.
“It’s up there with red roses – something you wouldn’t normally get, something a wee bit special, to make the day nice.”
Dedicated Valentine’s cocktails are also the order of the day at Edinburgh venue 56 North, SLTN’s Spirits Bar of the Year.
The outlet’s drinks list includes the French 56, which combines Beefeater 24 with fruit juice and Moet & Chandon NV; and the Pink Panther – a combination of Hoxton coconut and grapefruit gin with Boudier lychee liqueur and cranberry juice. Other brands featured on the Valentine’s list include Finlandia, Belvedere, Bols Genever, Tanqueray and Bombay Sapphire.
56 North manager and co-owner James Sutherland said Valentine’s Day drinks tend to be fairly female-focused.
“It is quite white spirit and Champagne-dominated, because it’s a girl market, so it’s dominated by vodka, gin, Champagne, but we normally throw in some whisky options and some after-dinner options like Cognac as well,” Sutherland said.
“The idea being that the back of the menu has some hints and props, just pushing people in the direction of ‘have you tried this? It’s a little bit different.
“We’re not as cheesy as actually pairing it up on the food menu, but it’s there just to catch the eye.
“With the number of cocktails and spirits we have on the bar, you sometimes need to give it that little injection just to make something stand out.”
It pays to offer a wide range of cocktails, said Sutherland, as different styles of drink will appeal to different people.
“The established couples tend to be less adventurous in that they know what they want and they’re just coming out to celebrate Valentines Day,” he added. “It tends to be the younger, first daters that are aiming at the exciting stuff. Sharing cocktails, bottles of Champagne and the funky serves – the things that are a bit more unique, a bit more exciting.
“It’s a fun time of year for people to do something a bit different that they wouldn’t otherwise do.”
This adventurous spirit is particularly noticeable in men, according to Kris Lovie, manager and co-owner of Aberdeen cocktail bar Dusk.
“The girls will always push for the pink drinks, and a lot of the guys will partake where they wouldn’t normally,” Lovie told SLTN.
“You’ll get the big guys who’ll come in and say ‘can I get a vodka Martini? I’ve never had one before’. Then they’ll take one sip and ask for a pint instead!
“But we always try and talk them into something they will enjoy, asking them basic questions like what their favourite spirit is, do they like sweet and sour, long or short drinks, that sort of thing.
“We tend to find something we can get them on to, even if it’s just a lager and lime with a tops!”
Unlike 56 North, Dusk won’t be offering a bespoke menu of Valentine’s Day cocktails. Instead, bar staff aim to steer customers towards relevant drinks from the bar’s new cocktail list.
Due to be unveiled at the beginning of February, the list will consist of 65 cocktails, including 20 that are brand new, as well as a mixture of returning favourites and new twists on classics.

Girls will push for the pink drinks, and guys will partake where they normally wouldn’t.

Lovie expects the Agent Provocatuer, which combines Drambuie, Chambord and Prosecco; the Mint Choc Martini,
a combination of fresh mint, vodka, white chocolate liqueur and cream; and the Dusky Pink, a long-established Dusk cocktail which contains triple sec, Chambord, lemon juice and Prosecco, to be among the most popular on Valentine’s Day.
“You’ve got to stay fresh,” he added.
“You’ve got to keep an eye on what the customers are wanting.
“Something that sold really well a year ago is maybe not selling so well now. People are moving away from vodka and into the gin and rum categories.
“It’s just changing tastes.”