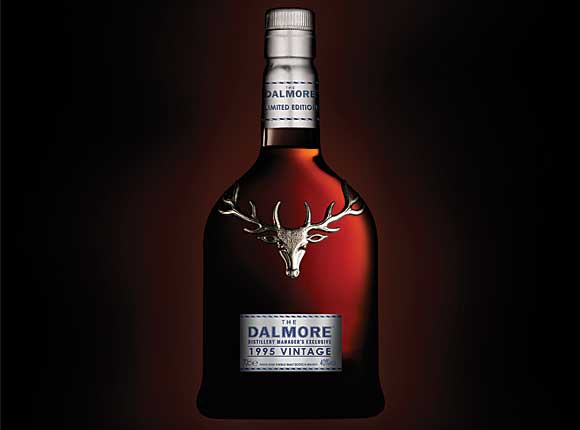 DALMORE Distillery has released a 1995 vintage whisky, available exclusively at The Whisky Shop this Christmas.

Chosen by distillery manager Ian Mackay, the Distillery Manager’s Exclusive has been matured in Matusalem sherry and American white oak casks.
The 40% ABV whisky is described as “powerful and positive” on the nose with flavours of tangy orange peel, ginger, liquorice and walnuts. Just 1800 bottles, priced at £84.99 each, have been released.
“I’ve selected a whisky that has been matured in two of my favourite casks, Matusalem sherry and American white oak,” Mackay explained.
“However with the balance of sherry wood outweighing the American white oak, it gives the whisky a rich orange and dark berry flavour, which is my own favourite style of Dalmore. I just hope everyone else enjoys it as much as I do!”
The Whisky Shop MD Andrew Torrance described the whisky a “real asset” to its collection.
“Ian Mackay has had over 30 years experience working in the whisky industry, and his choice of cask for us certainly didn’t disappoint,” he said.

Stripping away the old name