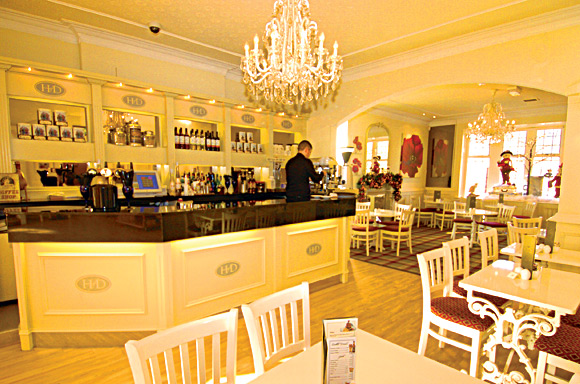 The slide by the parent companies of The Scotsman hotel in Edinburgh and the Radisson Blu in Glasgow has book-ended a year to forget for the sector.
Notwithstanding the fact the development at The Scotsman appears to have little to do with the hotel itself, there was nothing surprising in the news that the economic conditions have claimed another two businesses connected to the industry.
With the UK economy continuing to stagnate and talk of a ‘double dip’ recession in the air, these are hardly conditions for high-end hospitality concerns to thrive.
At the same time, I know it’s unwise to generalise: there’s likely to have been a raft of circumstances particular to these businesses which caused the rot to set in, in addition to the challenges presented by the lack of cash in the economy.
What’s more, there remains ample evidence of many hospitality organisations continuing to prosper amid the gloom.
We profile one notable example in this issue, Cawley Hotels. Not only has the family-run company successfully branched into a whole new arena, with its House of Darrach bringing a restaurant, deli, art gallery and retail space under one roof, its core restaurant business is continuing to motor along nicely. Indeed, Duck Bay Marina, the Loch Lomond-side hotel and restaurant established by the Cawleys in the mid-1980s, achieved record sales last year.
A quick glance through the list of the 2011 SLTN Awards winners and finalists provides further evidence of commercial success in these most challenging of times, from thriving independent pubs and destination resorts in rural parts of the country to city centre bars.
I was fortunate enough to visit one of our finalists, the Kimberley Tavern in Tollcross, Glasgow, last week, as part of a day spent with a Diageo business development executive. Operators Iain and Katie McLaren have transformed the pub’s fortunes since taking over 14 months ago, their enthusiasm for life in the trade spurring them on to what seems to be great success. They’re positively brimming with ideas about how to improve the pub and the service it provides its community – sitting back and moaning about how hard life in the trade is just isn’t their style.
My own, personal sojourns throughout the trade (admittedly in the family-led, mid-market sector) have also provided a source of encouragement recently, albeit on an anecdotal basis. I have certainly encountered a fair few bars and restaurants buzzing with drinkers and diners in recent weeks, though the bulk of those visits did occur over weekends.
Readers will know this column is regularly used to talk up the trade, but the above examples show that this stance is no hollow platitude.
Sure, some businesses are finding it difficult. But thanks to hard work, creativity and a commitment to giving consumers genuine value, others are doing very well indeed. Ventures such as those will always have a place in the hearts of the Scottish public.