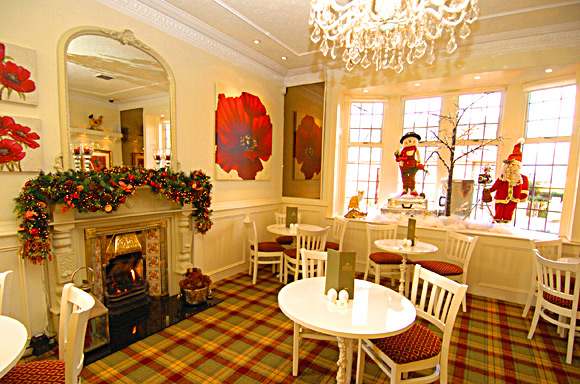 IF you had asked Alan Cawley 25 years ago to predict the direction his business would take, a move into retail may not have been his first reply.

In the mid to late 1980s the Cawley family ran Duck Bay Marina at Loch Lomond before going on to establish a chain of family restaurants under the Hungry Monk brand, with outlets in Gartocharn, Lochwinnoch and Langbank.
Food, drink and accommodation were the mainstay of Cawley Hotels for more than a quarter of a century.
But last summer the business, which Alan runs with sister Margo and her sons Stuart and David, took a bold new direction with the launch of House of Darrach – a luxury retail and restaurant destination on the site of the original Hungry Monk in Gartocharn.
Alan admits to feeling “nervous” about the venture, which combines a 120-cover licensed restaurant and outdoor terrace with a shop (selling ladieswear, gifts and kitchenware), deli and an art gallery.
There were also challenges over funding, with the £1.5 million project ultimately financed by the company itself after the bank declined to back it.
“It was a conscious decision to make changes,” Alan told SLTN last week.
“I think we thought we would roll out a chain of Hungry Monks.
“In hindsight, there were probably too many of them in a relatively small area.
“I looked at what was happening and there was a move towards places that offered more than just lunch; the places that were doing well were the likes of Dobbies garden centres, House of Bruar.
“There’s nothing like that in this area; there are good farm shops and coffee shops but nothing that brings all of that under one roof.
“I was nervous about spending money at the ‘wrong’ time and it was new territory.
“It was a big spend for us; it was a gamble.”
Fortunately, it’s one that seems to have paid off.
House of Darrach, so-called after a long-running family name and the name of Alan’s son, gained five stars from VisitScotland earlier this year, 12 months after it opened.
It’s been equally well-received by customers, with its broad offer (spanning everything from coffee and home-baking to fish and chips and beers, wines and spirits) appealing to a broad clientele.
“It’s doing really well – and with very little advertising, it’s all been word of mouth so far,” he said.
“Restaurants and bars are having a hard time just now. Retail is also having a tough time but I think if you’re a niche retailer then you’re OK.
“We go abroad to buy stock because we don’t want to be the same as everyone else.
“We’re not competing with the high street.”
Although Cawley Hotels has branched successfully into retail it hasn’t diminished Alan’s appetite – or that of his nephew, group manager Stuart King – for the trade on which the business was founded.
Duck Bay achieved record sales last year, with turnover topping £3m.
Weddings account for much of the business at the Loch Lomond-side venue, which was revamped five years ago following a flood. The hotel, which has 20 rooms and four suites as well as a 176-cover restaurant with outdoor deck overlooking the loch, is also said to have benefitted from the ‘stay-cation’ trend.
The other venues in the portfolio are also said to be performing well, despite the challenging economic climate.
The former Hungry Monk in Langbank, relaunched as The Wheelhouse three years ago, offers “affordable family dining”; a recently-introduced carvery has doubled the number of covers the restaurant handles on a Sunday.
A carvery has also been introduced seven days a week at the Hungry Monk in Lochwinnoch – the only outlet that still carries the brand.
And it seems Alan’s not finished with House of Darrach just yet.
Planning permission is being sought to extend the outlet, adding another area for ladieswear, which will create space to expand the deli.
There are also plans to introduce online shopping.
One thing that’s not in the immediate future is adding to the group, which now employs around 300 staff.
“I think we’re just going to take stock and catch our breath after this [House of Darrach],” added Alan.
“I have a great sense of achievement with this; and we’ve never had as many compliments about anything else we’ve done. I have loved this project and I’d love to do another one.
“If the right place came up, maybe we would.” 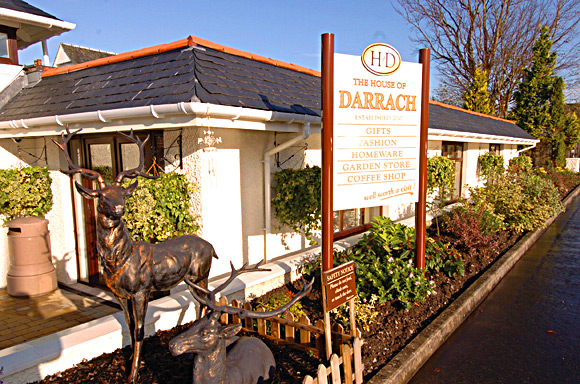