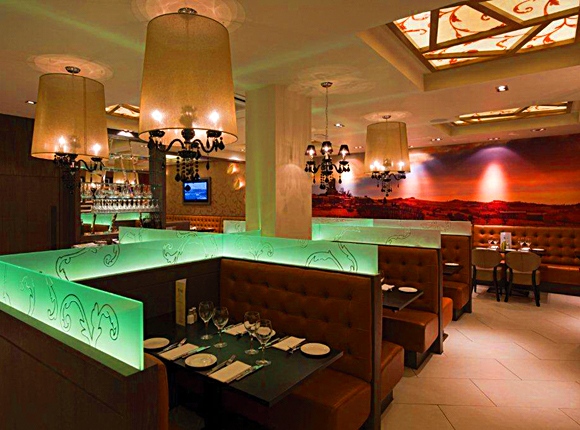 A HOST of venues have been confirmed as finalists in this year’s Scottish Restaurant Awards.

After weeks of public voting, organisers 5pm.co.uk and Business 7 have unveiled the shortlists for 12 categories.
A further two – for chef and restaurant of the year – will be announced at the ceremony itself, which will take place at Glasgow Science Centre on February 27, 2012.
Up for top Italian restaurant are Cucina at Hotel Missoni in Edinburgh, Italian Caffe in Glasgow?and North Berwick’s Osteria restaurant, while the short-listed Indian eateries are Mithas and Mother India, both in Edinburgh, and?Punjabi Tadka in East Kilbride. Nahm-Jim in Fife, Opium in Glasgow?and Yorokobi by CJ in Aberdeen will battle it out in the Oriental category.
Cruize at Auchrannie Resort on the Isle of Arran, Di Maggios in Glasgow’s Royal Exchange Square and Room in Largs are all in the running for the family restaurant gong; and the award for best pub grub will go to either Caley Sample Rooms in the capital, Aberdeen’s Cock & Bull, The Fox & Hounds in Houston or Edinburgh’s Sun Inn.
The awards will also seek to recognise Scotland’s best hotel, seafood, rural and innovative restaurants, and there will be gongs for best customer service, best newcomer, most innovative restaurant and best takeaway.
“It’s great to have such a wide variety of venues chosen by the public; finalists are spread across the length and breadth of the country,” said Ronnie Sommerville of 5pm.