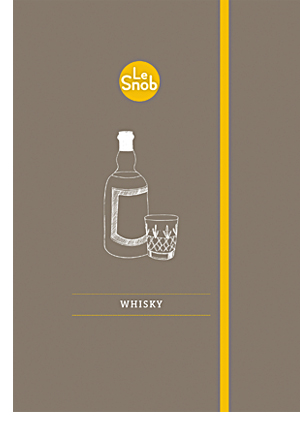 AN appreciation of whisky from around the world forms the heart of a new book from one of Scotland’s top whisky writers.

Le Snob: Whisky has been published in time for Christmas by Australian-based publishing house Hardie Grant Books.
It was written by John Lamond, a Master of Malt and author of best-selling whisky guide The Malt Whisky File.
Lamond, an independent judge on the SLTN Awards, was commissioned to write the 144-page book as part of the publisher’s Le Snob range, which also includes books on Champagne, tailoring and cigars.
The pocket-size book covers the fundamentals of how whisky is made and advice on tasting and serving whisky.

If they’re in there it’s because I like the whiskies – that’s what it comes down to.

A spokeswoman for Hardie Grant said the book is aimed at “anyone who enjoys whisky and is interested in finding out more”.
“This guide is passionate about every aspect of this venerable spirit from the distillation process to how to serve it to advice and anecdotes from the experts and much more in between,” she said.
The spokeswoman added that the publisher hopes the Le Snob books will become “essential pocket guides for anyone with an interest in these fields”.
The majority of Le Snob: Whisky is dedicated to tasting notes on some of the best whiskies from around the world, including those produced in Scotland, Ireland, Japan and Canada.
“From a consumer’s point of view it’s a handy thing you can carry with you if you’re going to visit distilleries, if you’re going to tastings,” Lamond said.
“It fits into a pocket, a rucksack or whatever and it doesn’t take up much space.”
Lamond told SLTN it had been a challenge to decide which whiskies and distilleries to include in the book. But despite its relatively small size the book is said to have proved popular with whisky connoisseurs.
“As with anything that involves tasting it is subjective,” said Lamond. “If they’re in there it’s because I like the whiskies, and that’s what it comes down to.”
As well as writing books and articles on whisky for publications around the world, Lamond also conducts whisky tastings and has created, and tutors, the Whisky Trail and Advanced Whisky Trail courses at the City of Glasgow College.