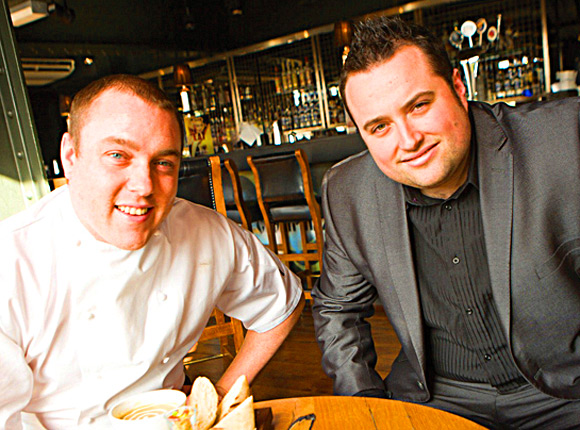 Under its Food Revolution initiative, the group, which has 66 bars across the UK including outlets in Aberdeen, Edinburgh and Glasgow, has launched
new simplified menus featuring British classics, like fish and chips, alongside dishes with an international flavour, such as the Japanese-inspired chicken katsu. Menus will be enhanced with a series of seasonal and signature dishes.
The food offer at the firm’s Revolución de Cuba rum bars, which currently only trade down south, will also be revamped with a cantina menu of dishes with a Cuban twist.
Revolution’s revamped food offer will be underpinned by a training programme for the 600 kitchen and waiting staff across its estate.
And the company’s infrastructure has been enhanced with a new food development kitchen in Manchester and training centre in York.
Ioan Eyton-Jones, head of food operations for Revolution, said training will “help staff deliver the food knowledge and levels of service that will define the new Food Revolution brand”.
“Traditionally, our research has indicated that customers rate our food offering highly in terms of quality, service and the overall dining experience,” he said.
“The challenge now is to build on this strong base and affection for our brand by significantly increasing the volume of customers who visit Revolution bars purely to dine out.
“Food Revolution is about establishing a much stronger identity for our food proposition and raising greater awareness of those areas where we continue to innovate.”
Founded in 1996, Revolution’s bars across the UK offer 30 different flavoured vodka infusions, all created in its own vodka factory in Manchester.