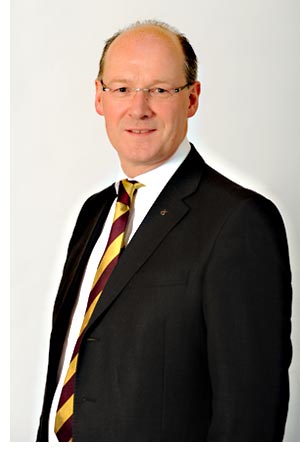 A FEW years ago, as the smoking ban became reality in Scotland, it was widely remarked that alcohol would subsequently become ‘the new tobacco’. How true that prediction turned out to be.

On Saturday (October 1), the widely-trailed Alcohol Act comes into force (with changes you can read more about on pages 12 and 33). But this is by no means the only attempt by the Scottish Government to legislate on alcohol.
Ministers have recently been consulting on plans to wrest control of excise duty from Westminister, and last week unveiled proposals for a public health levy – in effect a tax on large retailers of alcohol and tobacco, like supermarkets.
These initiatives, lest we forget, are also joined by a bill on miniumum unit pricing, which the government aims to publish this autumn.
Amid such a maelstrom of prospective regulation, it’s difficult to get a sense of how pubs will be affected.
On the credit side, independent operators who are said to have borne the brunt of supermarket discounting activity may rejoice at the prospect of Tesco et al being hit with a swingeing public health levy.
The SLTA, in particular, has long argued the rates system is biased against pubs, and hopes this goes some way to redressing the balance. The organisation is also hoping the levy will preclude the need for local authorities to hit pubs and clubs with a social responsibility tax, which the Alcohol Act empowers them to do.
The Scottish Beer & Pub Association said it has still to be clarified whether the public health levy will also affect the on-trade, though finance minister John Swinney said the supplement would be paid for by “large retailers”.
Needless to say, larger retailer representatives are apoplectic about the possibility. And unlike the last time the SNP attempted something similar, when it failed to win support for its larger retailers’ levy in the last parliamentary term, the party now has the majority to get it through.
Of clearer danger to pubs would seem to be First Minister Alex Salmond’s desire to secure control of excise duty for Scotland. Introducing the proposal in his acceptance speech to the Scottish Parliament in May, Salmond said it would deal with concerns from the Labour Party that minimum pricing would simply line retailers’ pockets.
Instead of benefiting retailer shareholders, he argued, the proceeds of minimum pricing would be ‘taxed away’ and redirected to public services.
Unfortunately, the only ones who appear likely to suffer (apart from bargain hunters) from this are pubs.
The SBPA calculates that, for the government to ‘tax away’ the revenues brought by a 45p per unit minimum price, ‘with no benefit to producers or retailers’, beer duty would have to increase in Scotland by 102% – equal to 50p going on to the price of a pint.
It’s already estimated that beer duty has gone up by 35.4% since March 2008, a factor widely thought to have contributed significantly to the challenges pubs have faced over the past three years.
Slapping even more duty on beer isn’t going to help.