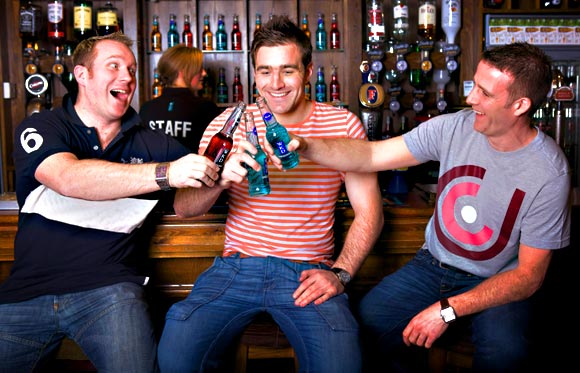 TEN years ago, drinks marketing was seemingly a lot simpler.

A brand’s advertising options were confined to the traditional formats of TV, radio, press and outdoor ads, with in-outlet activity amounting to little more than some sampling and product giveaways.
Suppliers also had a freer hand to promote brands on price, as legislation banning happy hours and ‘irresponsible promotions’ had still to take effect.
Thanks to rapid advances in technology, however, times have changed, and changed pretty rapidly at that.
The rise of the internet, mobile technology and, more recently, social media websites has opened up new lines of communication for brands.
In many ways it’s good for drinks suppliers. They now have more mediums through which to communicate their message, and interact with their target audience.
But, as Debs Carter, marketing director for WKD owner Beverage Brands, explained last week, it’s also brought its demands.
“The way we consumed media ten years ago is a lot different to the way they [WKD consumers] do now,” she told SLTN. “That’s why a brand’s media strategy is so important.
“Consumers are watching the TV, updating their status on Facebook on their mobile and surfing the internet, and sometimes they’re doing these things at the same time.
“While TV is still important [for brands], you have to keep up with other developments.”
Given WKD’s target 18-24 year old audience, it’s perhaps no surprise that Facebook has become an increasingly important tool for the brand.
Carter reports a good level of interaction between brand and consumer on Facebook, but admits it requires constant attention, such is the frequency with which people visit the site and update their status.
“The key [to using it successfully] is to constantly add content, because if you don’t, they’re gone,” she said.
“Sometimes it’s just about starting a conversation, for example asking people whether they’re going to watch the big match on that night. You need to keep talking to them.
“It’s also a great way to carry out smaller scale promotions in smaller geographical areas; it’s a lot more difficult to do that with above the line activity.”
Facebook was also said to have been instrumental in Beverage Brands’ decision to make new WKD Purple a permanent addition to the range.
“The impact of social networking on WKD Purple really can’t be underestimated,” Carter added.
“We genuinely brought it out as a limited edition, but people started originating ‘keep Purple permanent’ campaigns [on Facebook].
“It was a great way to gauge reaction [to the product] and hear what consumers were saying.”
Just because there are more platforms to utilise, however, doesn’t mean brands are spending any more on marketing.
Such are the demands brought by the prevailing economic climate, Carter said the approach taken by WKD, which has been back on TV ahead of freshers’ week, is to spread its investment across the mediums available to it.
“We’re all looking for efficiency from our spend,” she said.