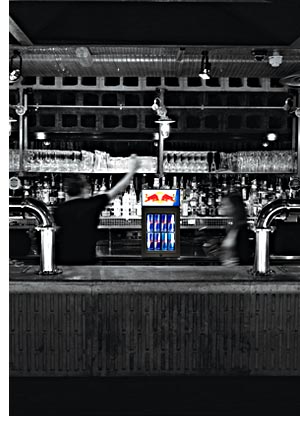 The energy giant, quoting figures from CGA, last week reported that the energy category has been growing at rate of 7% in volume terms in the last year, with Red Bull showing 10% growth.
“This growth is being driven by the managed sector which is performing well for energy, and where Red Bull sells 45% more over a year than its nearest competitor,” said trade communications manager Tom Smith.
“We know that consumer confidence is returning and as economic conditions improve, consumers say they are willing to both go out more and spend a bit more which is good news for pubs and bars.”
Smith added that licensees should ensure they are ready for the festive season, which is traditionally the most important time of year for the energy drinks category in the on-trade.
“With larger groups going out during December, giving them attractive offers such as bundle deals will ensure pubs and bars can maximise spend,” Smith said.
“It’s important to communicate the offer in places with increased dwell time such as tables.”
Visibility is key to making the most of energy drinks sales, he added.

Image: Red Bull is said to be growing its volumes in the on-trade at a rate of 10%.