Price and versatility leading consumers to experiment with spirit as never before, bartenders tell Dave Hunter 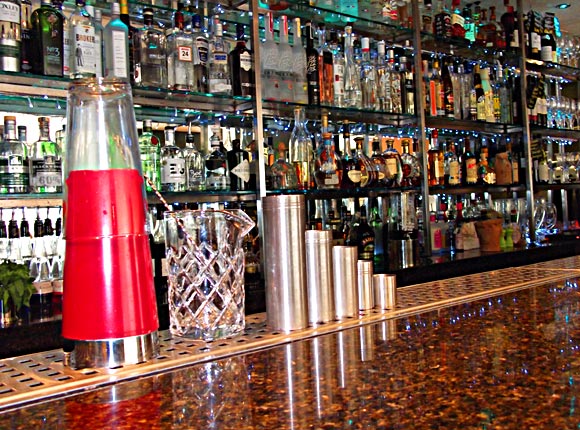 SCOTTISH consumers are continuing to embrace rum, both as a base for cocktails and mixed drinks.

Figures published by CGA earlier this year showed that the rum market was worth £84.6m in the Scottish on-trade in the 12 months to the middle of May, up from £76.2m the previous year, with Captain Morgan’s Spiced, Bacardi and Sailor Jerry leading the category.
And bartenders have told SLTN that the spirit’s popularity is up across the board, with many consumers open to trying new brands.
James Sutherland, director of 56 North in Edinburgh, said the category itself encourages experimentation, being much more affordable than some other spirits.
“It’s not like malt whisky, where a really expensive malt whisky might be out of reach,” Sutherland said.
“Even the top end rums are relatively obtainable in terms of price point, so people do tend to venture off and try new things.”
The spirit’s versatility has also helped to increase its popularity, with consumers able to drink it along with a range of different mixers or in a wide range of cocktails, from the traditional Daiquiri and massively popular Mojito to Tiki-style drinks.
“The Tiki thing is huge everywhere,” said Sutherland.
“People love their big silly cocktails, frankly. They’re everywhere, and it’s great. I’m a fan.”

It’s not like malt whisky – even the top end rums are relatively obtainable in terms of price point.

Joe Karp, bar supervisor at Leith’s Bond No.9, said he has also noticed an increase in calls for older classic rum cocktails.
“You’ll find a lot of people asking for drinks that they maybe wouldn’t have done a couple of years ago,” said Karp.
“Really forgotten classics, Daisy De Santiagos [rum, lime juice, simple syrup and Chatreuse liqueur] and things like that, are getting called.
“You don’t hear that very often, which is great for us. It gives us a bit of variety.”
These calls appear to coincide with a growing knowledge of the category among consumers.
Sutherland said customers in his bar are now bar-calling rums more often than any other spirit, including brands at the premium end of the back bar, such as Appleton VX.
Robb Wilkie, general manager of Glasgow bar Ivy, said that name-calling is particularly popular in the booming spiced rum category.
“People won’t ask for spiced rum, they’ll just ask for a name,” Wilkie said.
“Spiced rums tend to be very well marketed.
“Kraken is quite new on the scene, but already everyone knows it, because they’ve really got themselves out there.
“There are plenty of spiced rums to choose from these days, which is great.”
Wilkie told SLTN that even customers who order a standard rum and Coke can often be encouraged to branch out and try something different.
“Sometimes people just want stuff they’re used to, and that’s fine,” he said.
“Others can be quite easily swung. It’s just about making people feel comfortable.”
For consumers who are keen to try a new rum and Coke serve, Wilkie recommends the Eldorado 5 Year Old or Pampero Aniversario.
“I just think they’re such good, rich, complex rum and Coke drinks,” he explained.
“And they’re much lesser known than the bigger players.”
From a licensee’s point of view the advantage of switching customers to a more expensive premium spirit is an obvious one.
But it’s not just the spirit itself which offers the ‘upsell’ opportunity – there also seems to be interest among drinkers in opting for better quality mixers.

Sutherland said staff at 56 North encourage customers to branch outside of the Cuba Libre rum serve and experiment with different combinations.
“From a customer point of view, it’s trying a different product, served differently, with something that might taste completely alien to them but that they might like,” he explained.
“From our point of view it’s also an upsell, because you’re selling baby mixers, bottles of ginger beer or whatever it may be so there’s more margin in it for us.”
With more products and serves emerging on an almost monthly basis, it seems the rum category is determined to keep consumers hooked.