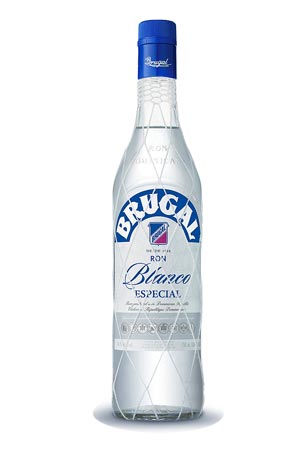 A NEW class of white rum that’s said to be taking the Caribbean by storm has been launched in the UK.
Brugal Blanco Especial is said to differ from other white rums on the market because it’s actually made from golden rum that has been double distilled and then triple filtered.
Blanco Especial, which has an ABV of 40%, joins Anejo (premium standard golden rum), and Extra Viejo (premium golden rum), in the Brugal range, which is distributed by Maxxium UK.
The recommended serve for Blanco Especial is the Santa Smash: 25ml of Brugal Blanco Especial muddled with fresh mint, lime quarters and sugar, shaken, topped with lemonade and garnished with a mint sprig.
Emma Heath, marketing controller at Maxxium UK, said Blanco Especial – the first white rum ever produced by the Brugal family – is made with sugar cane sourced within the Dominican Republic, which is cut and pressed within 48 hours. It is double distilled and then aged for 12 to 16 months in white American bourbon casks.
“There are over four million white rum drinkers in the UK and we wanted to give bartenders and consumers alike the opportunity to trade up to a premium and less mainstream alternative to other white rums on the market,” she said.
“Brugal Blanco Especial will perfectly complement our existing golden rum range and support the premium positioning of the Brugal portfolio.”