SCOTTISH operators can give consumers the chance to explore new territory following the launch of two new spiced rums from Trinidad and Mauritius.
Belfast-based drinks wholesaler Botl has launched its 19 Spiced vanilla rum, which has been produced by the Fernandes Distillers in Trinidad for more than a century, in the UK.
It’s being promoted as a versatile rum that can be consumed over ice, as a long drink with lemonade, cola, apple juice or ginger beer or used as a base for cocktails.
The launch will be supported by a presence at trade shows, a new website and through promotional ‘party nights’ in outlets.
A statement from the company said 19 Spiced has already proved popular with consumers in blind taste tests, where 83% of participants apparently preferred it to another leading spiced rum brand.
19 is a sister-brand to golden rum Vat 19, which is also owned by Botl and is already established in the Scottish marketplace.
Botl said the golden rum market is currently one of the fastest-growing sectors in spirits, with value up by almost 30% in the last year.
19 Spiced will be available from wholesalers JW Filshill and United Wholesale (Scotland).
Meanwhile, the Indian Ocean Rum Company has launched its own spiced rum brand, called Pink Pigeon, in the UK.
Produced on the island of Mauritius, the drink is billed as a super-premium spiced rum that has been distilled five times and is blended with hand-pollinated and hand-picked natural vanilla from Madagascar and the Reunion Islands.
“My family has been producing the finest spirits for 200 years in both Reunion and Mauritius,” said Pink Pigeon master blender Alain Chatel.
Positioning the drink at the luxury end of the market, he said Pink Pigeon is the only spiced rum available in a magnum size. Each bottle is said to be hand finished with a ribbon, ring and wax.

The spiced rum category is one of the fastest-growing spirits sectors, up 30% in value in the last year.

The design has already proved successful, having been awarded at the Harpers’ Wine and Spirit Design Awards, where it picked up a gold medal in the Best Packaging category, while the spirit itself was presented with a bronze medal at the International Cocktail Challenge.
The brand takes it name from an endangered bird native to Mauritius and which is said to symbolise peace, freedom and harmony. It has become involved in the conservation of the island as a contributor to the Mauritian Wildlife Foundation.
Pink Pigeon is available through suppliers including Matthew Clark, Berry Bros. & Rudd, The Drink Shop.com and Speciality Drinks, with a recommended sale price of £29 a bottle. 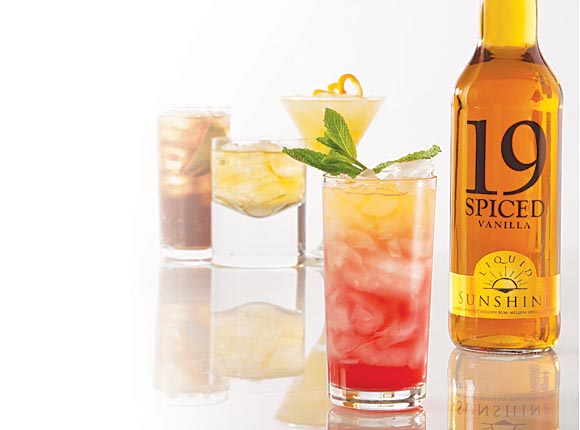