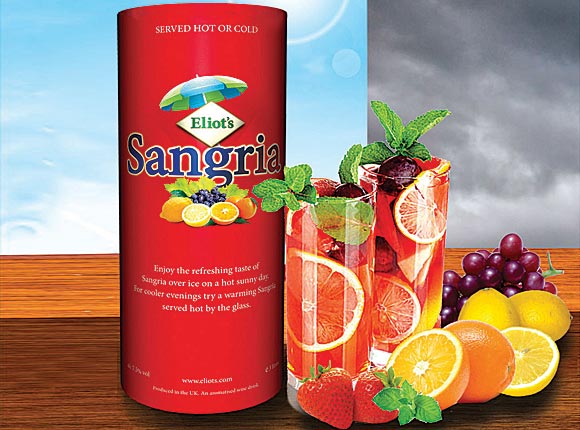 DRINKS supplier Eliot’s has introduced a new summer drink said to have been specifically designed for the changeable British climate.
Eliot’s Sangria, which has an ABV of 7.5%, can either be served chilled over ice or hot, in the same way as the supplier’s Winter Warmer and Mulled Wine drinks.
The sangria is a blend of Spanish red wine and fruit, packaged in three-litre ‘bag in tube’ system, using the same dispenser as the company’s hot-serve drinks.
Each bag contains 17 175ml servings of the liquid, which can be served neat or mixed with lemonade.
Fraser Henderson, of brand owner Haywood Products, said publicans can make a margin of between 60% and 70%, depending on the price they charge for each drink.
“Our new Sangria has been created to taste just as good served either hot or cold, allowing licensed premises to serve it regardless of the weather outside in a typical British summer,” he said.