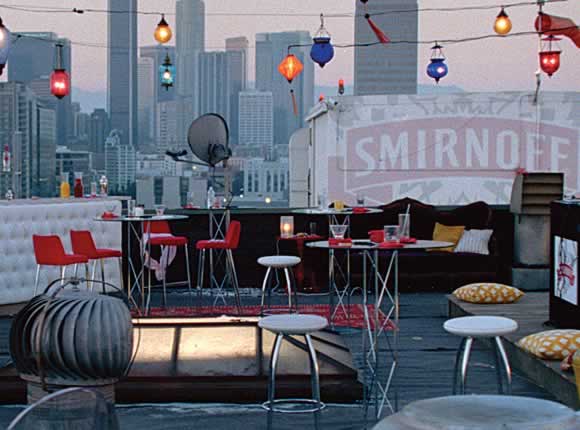 EDINBURGH was among the destinations when Smirnoff vodka took its Nightlife Exchange Project across the UK recently.

The promotion has seen Smirnoff bringing Miami-style club nights to various venues in the UK. An initial event in London’s Troxy last November has been followed this year by events in Edinburgh, Hatfield, Swansea and Southampton. The venues for the Swansea and Southampton legs were decided via the brand’s Facebook page, with Smirnoff asking fans to nominate locations for the Exchange project to visit.
According to Diageo, the campaign received more than 45,000 votes and helped to grow the brand’s Facebook community by 100,000 to 439,000 fans. The Facebook page also gave consumers the chance to win VIP tickets to the final Nightlife Exchange event. The events included performances from US DJ Damaged Goods. Diageo worked with different operators to stage the events, including Stirling-based Castle Leisure Group, which hosted the Edinburgh event in its City nightclub.
“Our partnerships with Luminar, NUS and Castle Leisure are just a small example of how we like to work closely with our customers to ensure that consumers enjoy the best brand experiences to the benefit of all parties,” said Neil Skinner, marketing manager for Smirnoff in Great Britain.
“This collaborative approach is something we’re keen to continue and develop with even more of our customers across the UK and the next year is going to see even more opportunities to deliver dynamic initiatives throughout the on-trade.”
The Nightlife Exchange Project saw events take place in 14 countries last year.