Rum and gin are on the up, but vodka remains in rude health

THERE’S been plenty of talk about the rise of rum and other dark spirits in the drinks trade in recent years.

But it seems the popularity of white spirits remains undimmed. And continuing to lead the charge is vodka, that great staple of the Scottish drinks trade, whose popularity shows no signs of waning – despite the increasingly tough competition offered by other categories.
Aberdeen bar Dusk – SLTN’s reigning Style Bar of the Year – is a case in point.
Manager and co-owner Kris Lovie said vodka continues to be his “biggest seller by far”, although gin and certain rums are very much in the ascendant at the north east venue. “Gin probably equates to a third of the figure of vodka, but it has increased in the last couple of years,” he said. “I think more people are looking for better quality products, gin especially, and nobody quibbles about spending that bit more for a gin and tonic over a vodka and Coke if they’re getting bottled tonic and it’s a top end gin. I would say that vodka sales have been chipped into by your gin drinkers and by your rum drinkers. Certainly more people are looking for something a little bit different. We’ve seen an increase over the last few years of both rum and gins slowly starting to pull up to the halfway mark of the vodka sales on some weekends.” 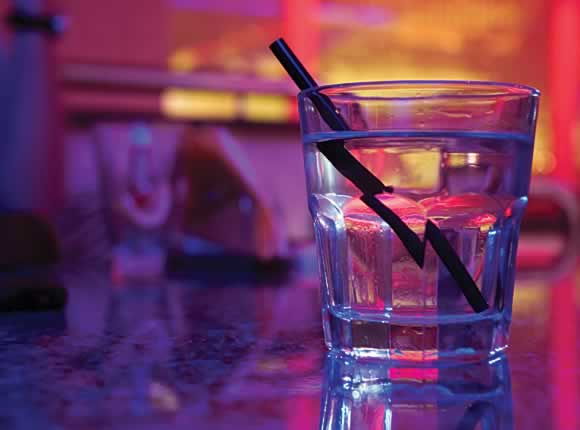 The suggestion that consumers are willing to pay more for a quality gin is supported by Inver House Distillers, owner of the Carounn brand, which reckons more drinkers are turning to the premium end of the category. “Consumers are getting more and more educated about botanicals and flavours,” said brand manager Ibolya Bakos. “A trend of connoisseurship can be observed that is encouraging some vodka consumers to enjoy the versatility of gin. Gin is a very exciting and dynamic category again.”
Gin isn’t the only white spirit seeing growth at the top end. Mark Collins, marketing director of First Drinks, the distributor which counts Hendrick’s gin and Russian Standard vodka in its portfolio, said other categories have benefited from the ongoing trend of ‘premiumisation’.
“People were asking if the whole premiumisation thing would continue when the recession hit us, and I think it has,” Collins said.
“With the brands that we’ve got and the numbers we’re getting through that still seems to be the case.”
Quoting figures from CGA, Collins said the premium vodka category has grown by around 3% in the last year (compared to vodka as a whole, which was up 0.3%), while premium gin has grown 19% in a year that saw the gin market overall dip slightly.
“I think consumers want to enjoy less but better,” added Collins. “You can see the same trends happening in food. With the recession a lot of people are seeing going out to bars as a treat, and therefore are saying ‘if I’m going to treat myself I’m going to have a better experience’.
“Premium brands fit very nicely in terms of that trend from a consumer point of view.”
And with summer approaching, the prospects for white spirits look even better, so a range of producers claimed last week. At Inver House, Bakos said summer is “without doubt the key season for white spirits”, contending that operators should take steps to encourage drinkers to trade up to premium brands.
“If bartenders have the knowledge of what makes individual niche brands different, they might have more success in selling the higher priced super premium drinks,” Bakos said.
Dan Reuby, customer development director at Pernod Ricard UK, said white spirits typically see a sales uplift over summer.
“White spirits such as gin, vodka and rum are among the top sellers in summer,” he said. “It is important to capitalise on the demand for long mixed drinks by stocking popular higher-margin brands that consumers know and trust, such as Absolut, Beefeater and Havana Club. These brands are perfect for both simple serve opportunities and popular summer cocktails, which tend to play a more prominent role in consumers’ repertoires over the summer period as they look for refreshing options.”
Chris Lock, category marketing director for white spirits at Diageo GB, agreed, although he stated that white spirits tend to sell well throughout the year. “White spirits do prove popular during summer months as they all lend themselves to great tasting, refreshing summer serves,” he said.
This summer, Diageo is promoting signature serves like Gordon’s gin and Schweppes tonic and Smirnoff vodka and Coke as part of its joint venture with Coca-Cola Enterprises, as well as simple serves using its Smirnoff Flavours range (including Smirnoff Apple with lemonade and Smirnoff Lime with Coke).
However Lock also stressed the potential in boosting white spirits sales through cocktails, and suggested introducing pitchers during the warmer weather. “One of the biggest opportunities we see for summer is having a great range of refreshing tasting pitcher options, as these are perfect for consumers to share amongst friends and offer the chance to generate higher margin spirit sales on occasions that tend to be led by beer or wine,” he said.
Meanwhile, Tom Coates of distributor Love Drinks is urging bars to get behind “classic white spirit cocktails” this summer. “Drinks such as the Tom Collins have had a great resurgence due to the current trend of the bartenders delving into history books for original recipes,” Coates said. “This has led to a growing popularity of Hayman’s Old Tom gin, the style of gin that was used to make classic cocktails such as the Tom Collins, as well as the Martinez and the Ramos Gin Fizz.” Coates also recommended bars introduce a ‘drink of the week’ to promote particular serves.
Back at Dusk, Lovie said vodka remains a popular cocktail base due to its adaptability, though he indicated there were signs of consumers branching out. “As far as cocktails go vodka, because it’s rather flavourless, lends itself to pretty much anything that you make,” he said. “It’s one of those base spirits that can be drunk by the majority of people.”