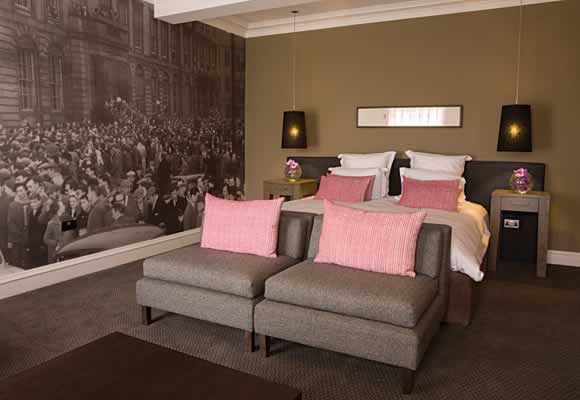 SCOTLAND’S hotels are weathering the economic storm, outperforming their counterparts in the rest of the UK, a new report has found.

Rooms yield, the industry measure of revenue, in hotels north of the border has dropped just 0.2% in the last five years, compared to a drop of 2.7% in England and a 1.1% slide in Wales, according to Hotel Britain 2011 – the annual report from business advisers PKF.
Revenues were also said to be higher in Scotland than other parts of the UK in each of the years covered in report (2006-2010).
Occupancy levels, however, were broadly similar in all parts of the UK: down 0.9% in Scotland over a five year period which saw England record a 1% slide and occupancies in hotels in Wales drop 0.5%.
Aberdeen was the star performer when it came to rooms yield, up 2.4% in the last five years, despite a 1.7% drop in occupancy rates.
With much of the city’s accommodation trade reliant on the oil and gas industries, PKF predicts revenues will remain strong for some time yet.
In Glasgow, rooms yield has risen 0.5% since 2006, while occupancy dipped just 0.1%.
And hotels in the capital have seen a 1.2% drop in rooms yield over the five years, although revenues in Edinburgh are said to have remained between 11% and 37% higher than both Glasgow and Aberdeen for each of the five years.
The Hotel Britain report cites a steady stream of visitors to the capital for helping maintain buoyant hotel revenues. Passenger numbers at Edinburgh airport fell by just 0.1% between 2006 and 2010, compared to a 6.9% slide in passenger numbers at Glasgow.
Alastair Rae, a partner in the real estate and hospitality sector at PKF, said the figures show the “remarkable resilience” of Scotland’s hotel sector during a “prolonged, difficult period”.
“Whilst occupancy levels have fallen across the whole of the UK by around 1%, in Scotland this has not been at the expense of revenue,” he said.
“A drop of just 0.2% over the last five years is an impressive performance during what has been, by any standards, among the most difficult trading periods within living memory
“Perhaps the greatest rollercoaster ride has been in Aberdeen, which had 2.4% compound growth in revenues over the last five years despite a fall in occupancy of 1.7%.
“Glasgow has also had a remarkable five years with occupancy down just 0.1% and revenues up 0.5%. This is testament to the city’s dynamic marketing initiatives targeting both the business and leisure markets.
“Edinburgh, despite the fall of 0.9% in occupancy and 1.2% in rooms yield, still has impressive numbers in terms of the value of its rooms yield figures.
“Whilst nobody would pretend that it has been easy, the sector has held up well despite continuing difficulties in the economy. However, it is clear that we are not yet out of the woods and there is still some way to go before there is any solid return to growth in the economy.
“There is a hope that perhaps the worst is over and the hospitality sector can look forward to easier times ahead.”