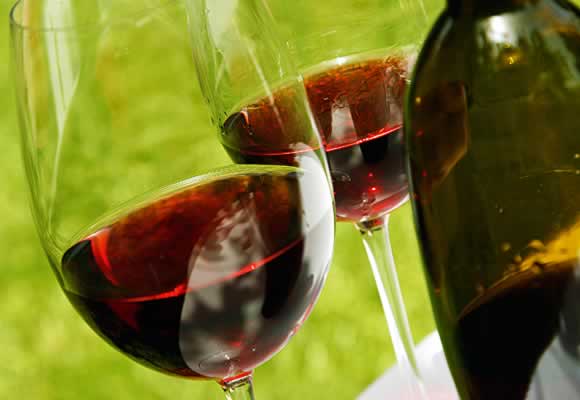 Guy Chatfield goes in search of some alternative summer libations

“SUMMER drinks, big man, and make it interesting… for a change!”

When I got the editor’s brief for this month’s article, I steeled myself and decided that the well-worn route of waxing lyrical about the benefits of rosé wines in the heat of summer was not one I was going to go down.
In my book, a rosé that is as dry as a bone, like those from Provence in the South of France, is indeed a fantastic hot weather drink, but it is by no means the only one.
What I decided to do was seek out the interesting and obscure, and explore the various ways our continental cousins enjoy a cool wine-based beverage in the height of the summer. They are far more used to slaking their thirst on a blisteringly hot day than we are.
My search began in Germany – a country more readily associated with the production of beer.
On a recent visit to the Bavarian city of Munich, I noticed a lot of people drinking Weisswein Schorle and Prosecco Aperol (or a Spritx cocktail as a bartender chum of mine told me).
The Prosecco Aperol had a very similar appearance to a glass of a certain “phenomenal” Scottish soft drink (you know the one).
The cocktail is a mix of Prosecco, Italian vermouth Aperol and a dash of soda served over ice, which I presume would be very similar in flavour to that 1970s favourite, a Campari soda.
I say ‘presume’ as the smell of vermouth always made me feel a bit queasy, so I didn’t try the German equivalent – too many memories!
The Weisswein Schorle is identical to the white wine spritzer or American white wine cooler – two thirds wine and a third soda water.
It’s very popular in Germany but I’m afraid it’s a little too bland for me. On the other hand, there is something Spanish that I really must recommend you try, a Kalimotxo.
The drink has its origins in the Basque region of north-eastern Spain and is pronounced ‘calimocho’.
Made by combining 50% local red wine and 50% cola and served over ice, it is the forerunner to a vodka/ Red Bull in Spain – popular with the party crowd due to the alcohol and caffeine mix.
A similar bevvy exists in Andalucía in the south of Spain, where Sherry is king. Called Rebujito, it is a mix of sherry and lemonade – use the Fino style if it’s something you’re going to make and it’s the same 50/50 combination.
A brilliant food to try with this drink would be the typical tapas of ‘Chopitos’ – lightly battered baby squid – phenomenal!
If these don’t tickle your fancy, however, two recommendations for some summer vino are in the box on the right. Cheers!