The ‘mix up a mouthful’ promotion asks pub-goers to create their own J2O flavour using a combination of predetermined ingredients. J2O drinkers will have the chance to win £20,000 and have their flavour introduced as a limited edition product in the on-trade next year. The competition asks consumers to visit the J2O website, www.j2o.co.uk, and create a flavour using a base of either peach or pear with one of four other flavours: papaya, dragon fruit, star fruit or guava. The entrants also have to create a name for their drink. 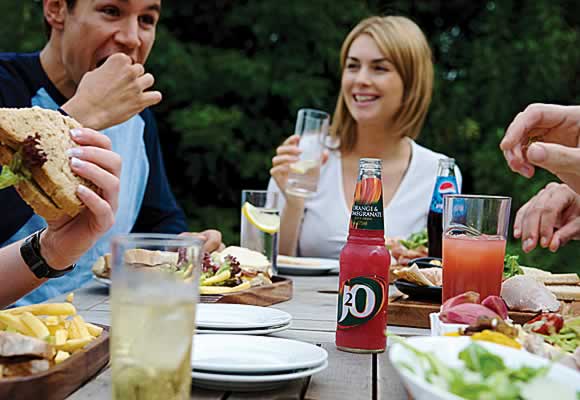 The recipe promotion is the latest in a series of activities aimed at raising the profile of J20.

The combination with the most entries will be named the winner, and everyone who chooses that combination will then have the chance to win the £20,000 of prize money. The competition, which launched last month and continues until September, is supported in outlets through point of sale materials such as tent cards, A3 posters and drip mats. As well as bars and pubs the promotion is also running in the grocery channel, on four-packs of J2O. The promotion is part of a claimed £3m marketing investment from parent company Britvic that also includes TV and online advertising.
“We know how important it is to have a range of flavours to suit all tastes and occasions, and this competition is about getting consumers involved with the range and challenging them to come up with their own limited edition flavour,” said Tom Hickton, senior brand manager for J2O at Britvic. “We’ve been working hard to make sure that pubs are stocked up with POS that will make the promotion really stand out, get consumers entering the competition and ultimately buying more J2O.” The ‘mix up a mouthful’ promotion is the latest part of J2O’s on-trade drive.
Earlier this year Britvic invested £400,000 distributing point of sale kits to publicans across the UK. The activity aimed to raise awareness of the J2O range and drive growth in soft drinks sales. The increased focus in the on-trade coincides with the publication last month of the most recent Britvic Soft Drinks Report, which stated that fruit juices have had a tough year in the on-trade. J2O itself has seen sales dip by 9% in the last year.
Total soft drinks sales in the trade held up during 2010, however, recording a 1% increase to a value of £2.83bn. Pepsi, which is handled in the UK by Britvic, retained its position as the biggest selling soft drinks brand in pubs, with sales of £286m.