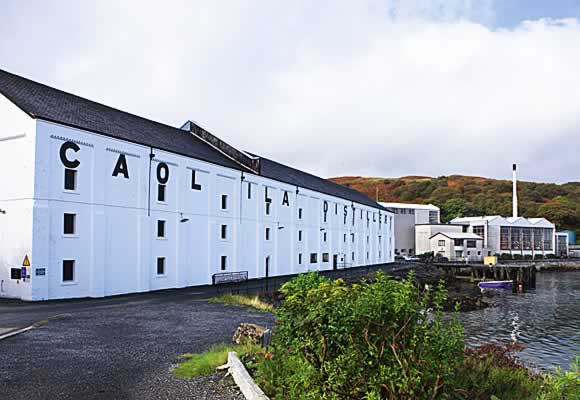 THE recent announcement by Diageo that it’s to invest £3.5 million to expand production at its Caol Ila distillery on Islay is the latest example of the firm’s commitment to the Scotch whisky industry, GB boss Simon Litherland said last week.

The project, which will increase Caol Ila’s output by 700,000 litres to 6.4m litres per annum, will be the first new investment by Diageo in Scotland since its controversial decision to close its Kilmarnock bottling plant in 2009.
At the heart of the project will be the addition of two new 62,000 litre washbacks, adding to the eight already on site, which will drive the production expansion.
Litherland told SLTN the Caol Ila news illustrated how important Scotland is to Diageo’s aspirations.
“Clearly, the Kilmarnock closure, which will happen over the coming period, was an incredibly difficult decision for the company to make,” he said.
“When people’s livelihoods and jobs are affected, it’s always going to be. Our people in Scotland are continuing to work hard with the people affected, supporting them as they go through change. But there’s no doubt we are absolutely committed to Scotland. We employ 4500 people in Scotland, we continue to invest in Scotland year in year out, and the Caol Ila distillery expansion is just the latest example of that.”