THE sambuca category has seen its fair share of activity this month, with four new flavours hitting the market

Halewood International has relaunched its Di Cassini sambuca range with three new flavours, while Cellar Trends has expanded the Luxardo range with the launch of Chilli & Spices – the eighth flavoured sambuca in the collection. 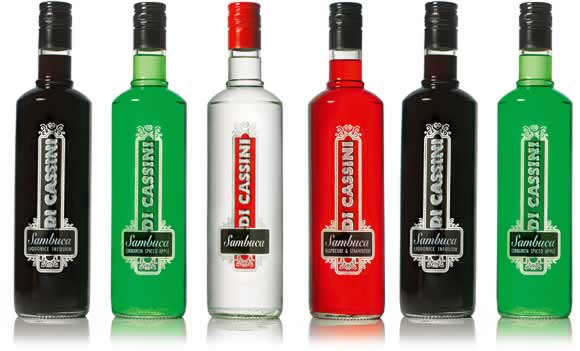 Luxardo has launched a Chilli & Spices flavour while the Di Cassini range has three new flavours.

Pledged to deliver a “mouth tingling sensation”, Luxardo Chilli & Spices is ‘chilli red’ in colour and has an ABV of 38%. It joined a stable which already included Classic White, Black, Cream, Cranberry, Pomegranate, Spiced Apple and Raspberry.
In the on-trade, distributor Cellar Trends is promoting the new line as both a single serve and in a range of long drinks designed to be mixed “quickly and efficiently” in busy venues.
Patrick O’Reilly, group marketing manager at Cellar Trends, recommended operators place a different flavoured Luxardo sambuca on the optic or speed-rail alongside original Classic White to draw attention to the featured flavour.
“Flavoured sambuca has been a major contributor to the increasing popularity and wider appeal of sambuca amongst a younger generation of consumers,” he said.
“Luxardo’s flavoured sambucas deliver on contemporary appeal in terms of taste and innovation. They are strong statement choices and have become an option for groups of sociable consumers enjoying a night out.
“Serving sambuca as a chilled shot is the best way to explore the range of flavours, and the versatility and appeal of sambuca increases when served as a long drink with lemonade, dry ginger ale or other light mixers.”
Long mixed drinks also form part of the strategy adopted by Halewood International to back the relaunch of its Di Cassini sambuca.
Three flavoured variants (Liquorice, Spiced Apple and Raspberry & Strawberry) have been introduced alongside Original white sambuca, with Halewood promoting a number of cocktail recipes (see below) for each of the 38% ABV drinks.
Head of innovation Richard Clark said the relaunch and new variants are designed to capitalise on the growing popularity of flavoured sambucas and sambuca cocktails.