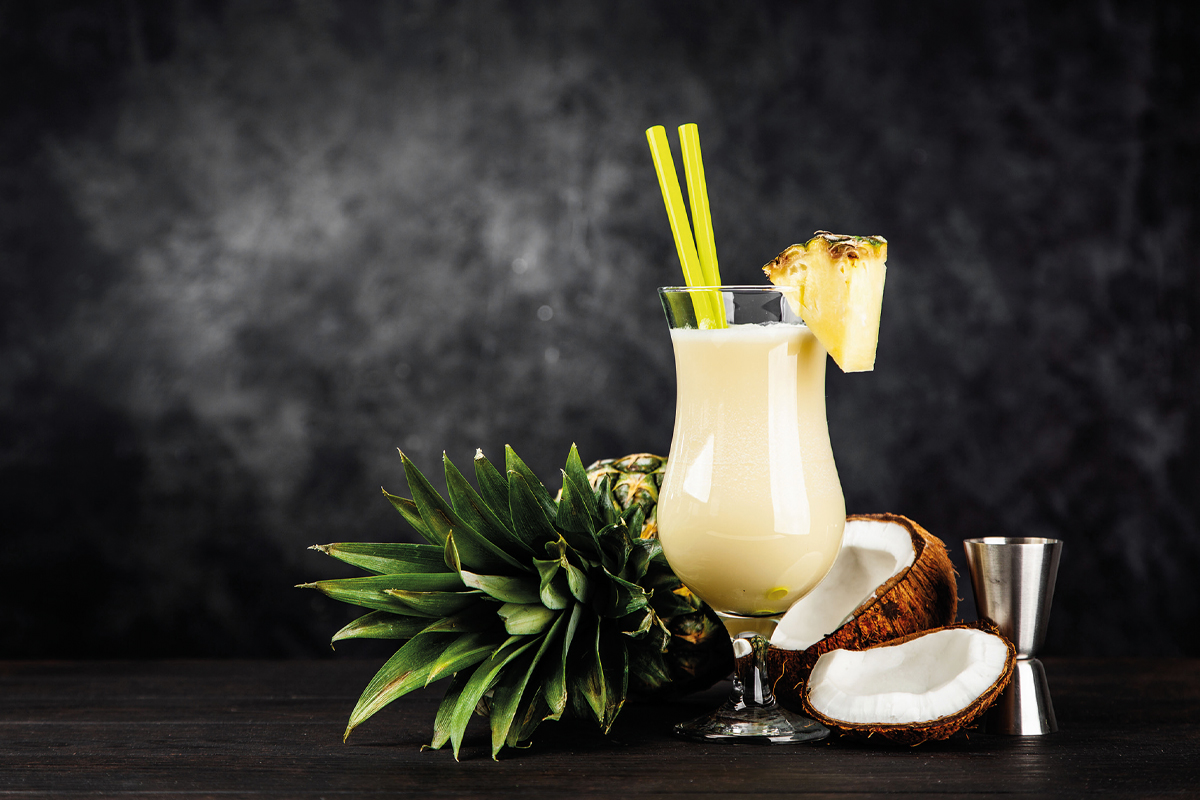 FEWER ingredients, repurposing unused garnishes and buying British products wherever possible are among the ways venues could reduce the carbon footprint of their cocktail lists.

A recent report from catering and equipment supplier Alliance Online looked at the carbon footprints of a number of the UK’s most popular cocktails, giving a representative CO2 equivalent for each one based on their ingredients.

The Pina Colada was found to be, by far, the least environmentally-friendly cocktail, producing an estimated 690 grams of CO2 per drink, largely due to the air miles involved in importing fresh pineapples from Costa Rica and coconut cream from Sri Lanka.

To put that in context, the report said the CO2 emissions produced by five Pina Coladas would be enough to drive a petrol-powered car for 8.6 miles or charge 420 smart phones.

The Cosmopolitan was in second place, at 366g of CO2 per drink – largely due to cranberries imported from the United States.

The Long Island Iced Tea wasn’t far behind at 318g of CO2, followed by the Margarita, at 244g.

The Espresso Martini, in tenth place, had the lowest carbon footprint of the featured cocktails, at 152.44g of CO2 per drink.

This was attributed to the fact that the Espresso Martini has fewer ingredients, meaning fewer air miles overall for each drink.

Other than opting for drinks with a small number of ingredients, Alliance said there are several other steps pub and bar operators can take to reduce their carbon footprint.

These included buying as many spirits from the UK as possible, in order to reduce the number of air miles each ingredient has travelled, as well as making better use of garnishes.

The company recommended pressing unused garnishes into action to create infused spirits – by steeping the garnishes in spirits for several days – or, if the venue also serves food, turning produce into homemade juices for use in cocktails.

Seeking out alternative garnishes is another option.

Alliance suggested operators look for locally-grown garnishes that will have a lower carbon footprint than ingredients that are imported from overseas.

That was also applicable to the drinks themselves, with the company suggesting swapping out citrus fruits for options such as vinegar or lactic acid powder.

And sticking to seasonal produce can make a big difference, said the report, with it requiring far more energy to grow fruit and vegetables out of season (via artificial heat and light) than it does during natural conditions.

“It’s incredibly important for us to reduce our carbon emissions, now more than ever, and the first step to reducing our carbon footprint is by recognising our impact and what we need to change,” said Alliance marketing and online manager, Rachael Kiss.

“Cocktails can be big sellers for bars and restaurants, but the carbon footprint of just one drink is disturbing.

“And, when you consider just how many cocktails are sold in any given day, it’s clear that we need to take steps to be more sustainable.

“There are a number of ways you can reduce your carbon footprint, from shopping with local distilleries to cutting down on food waste. All these small steps can have a big impact and they won’t just benefit the environment either — you may find that you save a bit of money by using up leftovers.

“Your brand image might get a boost too, as more customers are choosing to shop with eco-friendly brands than ever before.”