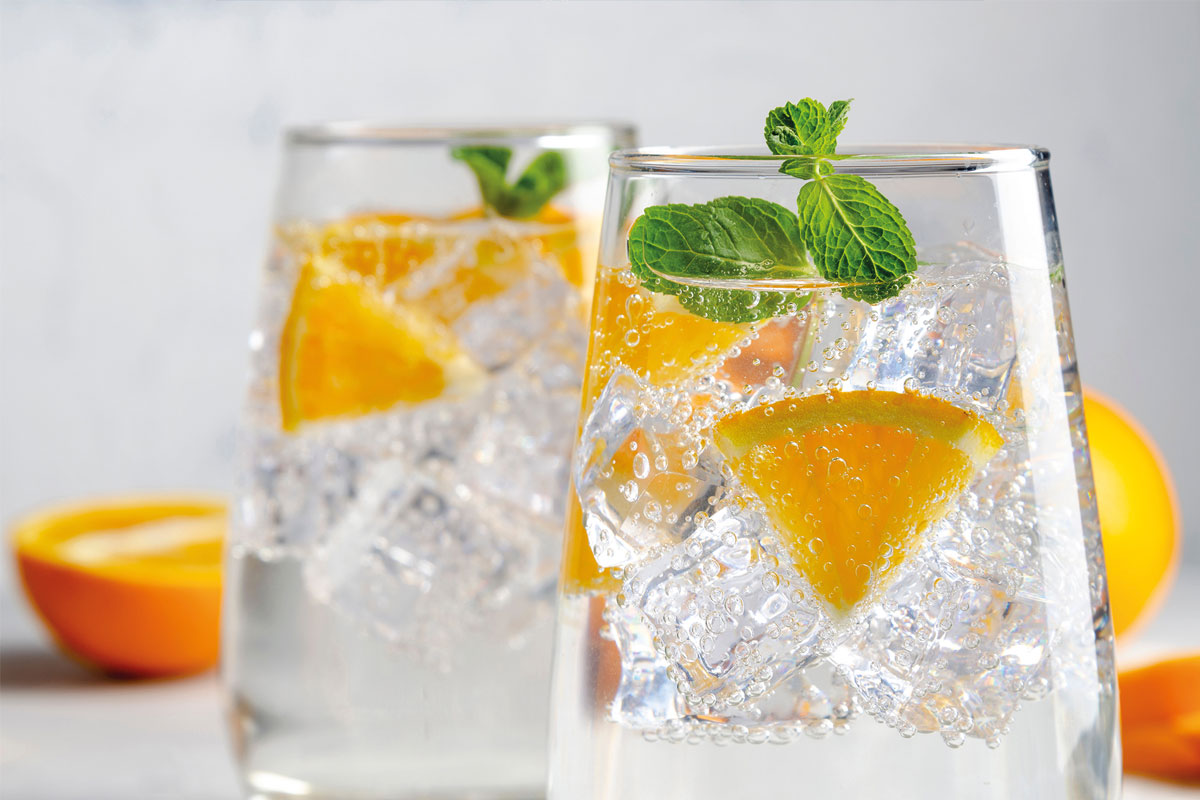 VARIETY is the spice of life – an adage which has its roots in a poem called The Task, written in 1785 by English poet William Cowper.

Earlier versions of the proverb are said to date back to the Greek dramatist Euripides, who is said to have used the term ‘a change is always nice’ in the 400BCs.

And it’s one the drinks firms behind a number of hard seltzer and ready to drink (RTD) brands said rings especially true when it comes to consumers’ drinks repertoires.

A relative new kid on the block, hard seltzers – essentially ready-to-drink alcoholic fruit-flavoured carbonated water – is a category which has quickly established itself; and producers and distributors are confident the diversity offered by the category means it will replicate the success it has seen in the US.

Matt Rounding, sales director at Mark Anthony Brands, the UK distributor of hard seltzer brand White Claw, said the value of the hard seltzer category has grown 107% in the past year, citing consumers’ desire to ‘try something new’ for helping drive the growth.

“The unique selling point of the hard seltzer category and White Claw is that it offers drinkers a different way to consume alcohol that is low in calories, low in sugar but equally as fun and sociable,” he said.

“Hard seltzers offer a light, refreshing alcoholic alternative to beer, cider and cocktails, making for a sessionable collection of drinks in a variety of flavours.

“The desire to try something new is one of the main reasons for a purchase of a hard seltzer in the UK off-trade and there is no reason that won’t translate into the on-trade.

“Despite a disjointed 2021 White Claw performed outstandingly throughout the Scottish on-trade and we have already seen a significant increase this year in the number of people drinking the brand.”

“Today’s consumers want variety, they don’t want to keep drinking the same old choices when they can try something new instead,” he said.

“So if they might normally opt for a simple vodka/soda, they could easily be talked in to trying out a hard seltzer instead.

“Firstly the swap will likely excel on the flavour point (compared to a vodka/soda) as well as the trade-off being equally low on the sugar/calorie point if that was their initial motivation, too.

“A well-received, premium seltzer may also warrant a higher price point, which could possibly mean more margin for the venue too.

“The low-calorie nature of the drinks means they naturally resonate with a younger, more health-conscious consumer, but the beauty of the hard seltzer movement is that it can appeal to a wider spectrum of drinkers than just that.

“The drinks can fit into a variety of diets – being good options for those on gluten-free, vegan or keto-friendly diets – or simply for anyone looking to cut down on their sugar intake where possible.”

“The ‘low hanging fruit’ has so far come in the form of those who’d normally opt for a vodka and soda, a gin and tonic, or any other ready-to-drink options – however we actually see a large untapped market in the form of the male beer drinker.”

“To help pubs and bars capitalise on the growth opportunity presented by hard seltzers, we launched Three Fold into the on-trade last spring – a new brand with mainstream appeal that taps into the growing hard seltzer opportunity in the UK,” he said.

“In 2020, we also secured an exclusive distribution partnership with hard seltzer brand Bodega Bay and rolled out their range – which is designed to cater for those looking for a more premium hard seltzer option – to the UK on-trade.”

Of course ready to drink products takes in more than hard seltzers.

Ian Macleod Distillers is extending its range of Edinburgh Gin RTDs for summer, with a reformulated Edinburgh Gin Classic Gin & Tonic with a higher ABV of 7.3%, and the addition of two summer cocktails: the Negroni Spritz and Lemon Spritz.

“As we begin to enjoy more outdoor occasions and entertainment, there will be a demand for RTDs due to ease for a premium serve.”

The advantages of offering RTD cocktails were underlined by Ben Anderson, marketing director at Funkin Cocktails.

Stating that “consumers are increasingly seeking cocktails when they visit the trade”, Anderson said it is “key that outlets have a range of cocktails on their menu that suit their venue and appeal to their customers”.

“This doesn’t mean you need an extensive cocktail menu; a staple offering of four or five classic cocktails with two or three twists on the classics will cover the majority of your customer base,” he said.

“A small but considered menu also ensures you can consistently create fantastic tasting and looking cocktails, with the latter being increasingly important – with one in five consumers saying they post pictures of their cocktails on social media.

“Funkin Cocktails’ RTD cocktails and cocktail mixers are quick and easy to serve, allowing operators to seamlessly add a cocktail offering to their venue without the expense of staff training or investing in expensive, lengthy ingredient lists required to create drinks from scratch. The products are made from quality ingredients that guarantee a premium serve for minimum cost and effort.”

Ease of serve and efficiency of RTD products was echoed by the team behind RTD wine brand Canvino.

“The nature of the category is convenience and simplification,” said Canvino managing director Marc Laventure.

“Pick a solid winner for each category and don’t over complicate with too many choices when it comes to RTDs. One sparkling white, one sparkling rosé, for instance, alongside the still wine offering; and even better if it’s a brand that can be found in retail as consumers are more likely to recognise it and gravitate towards it if they’ve tried at home.”