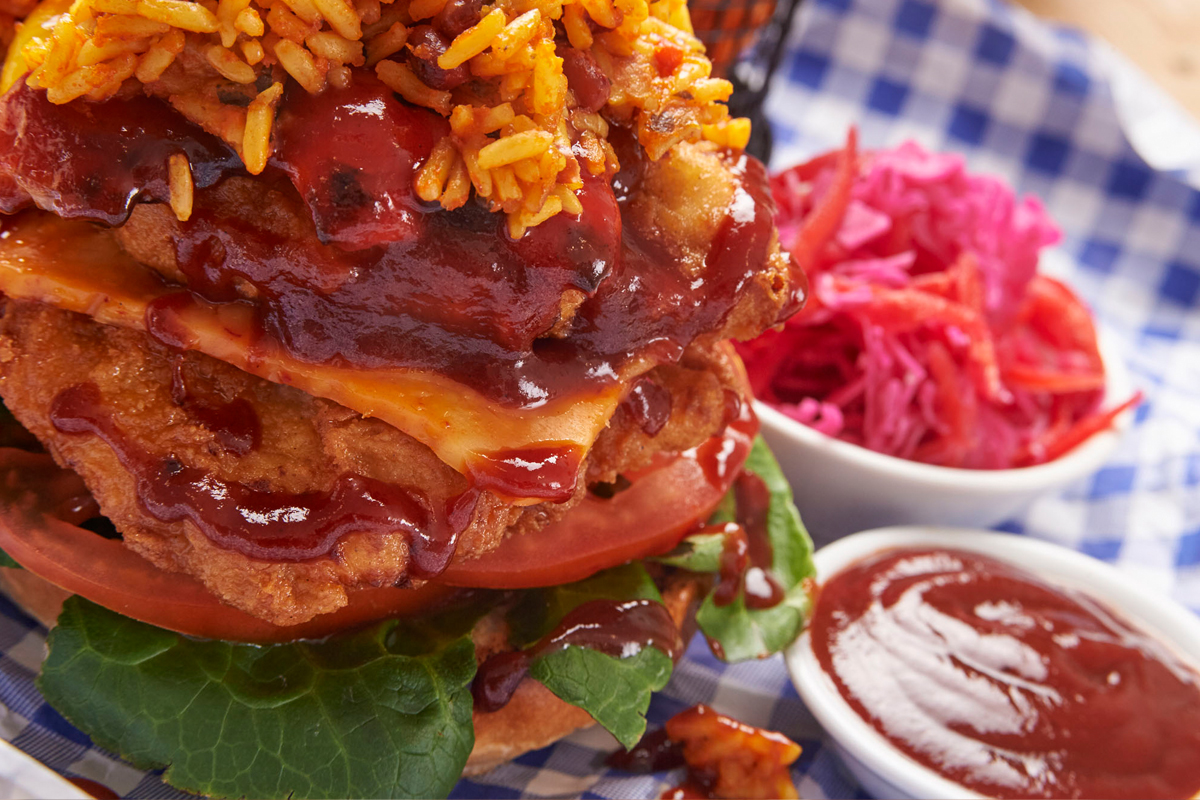 A BARBECUE has been a popular event in British summers for longer than many pub and bar customers have even been alive, but with outdoor eating and drinking having become an even bigger factor in hospitality over the past two years, it could be well worthwhile for licensees to fire up the grill again during 2022.

Food, drinks and equipment suppliers said they expected the popularity of dining outdoors to continue throughout this year, with pub and bar customers embracing new cooking techniques and flavours as well as established favourites.

“Outdoor dining proved to be a huge success for caterers last year, and it looks to be just as promising in 2022,” said Alison Smith, global product developer for Mars Food.

“As such, caterers should consider adding barbecue service wherever possible – one that can be used to cook-up some popular summertime dishes and grilled classics.”

He said he expected customers to look to pubs and bars “to provide them with memorable experiences with family and friends as Brits continue their love affair with the staycation”.
“Barbecues are fantastic events to host and offer a new revenue stream from food,” said Gemmell.

“Barbecue can run alongside existing menus, be prepped in advance and can be managed by fewer members of staff, which makes them cost – and time – effective.”

And while barbecues tend to be most closely associated with the summer months, Justin Cadbury of Synergy Grill Technology reckoned a significant share of customers will be keen to eat outdoors regardless of the weather.

He said: “As we learn to adjust to the post-pandemic world, it is evident to see that the barbecue will no longer be limited to the warmer months, but instead the preference for outdoor dining in a COVID-secure environment will be a top priority amongst consumers all year round.

“As such, it is imperative for operators to assess their outdoor space and ensure that not only is their barbecue food up to scratch, but their equipment too.”

When investing in kit for an outdoor space, Cadbury said licensees should “think of this outdoor space in the same way they do the permanent kitchen”.

While barbecue staples such as burgers and hotdogs will no doubt remain popular, suppliers said tastes were evolving, with chefs becoming more experimental with the grill.

That chimed with comments from Helen Hyde, trade sector controller at Creative Foods, the UK importer of Tabasco.

Hyde said barbecue cooking “continues to surge and evolve as a technique to the point where we now see chefs experimenting with charred desserts and ‘dirty roasting’, where an ingredient is cooked directly on the embers”.

Smoked flavours – including applewood, cherry, chipotle, hickory, and oak – are all proving popular, said Hyde, as well as umami flavours such as truffle, soy and miso.

“The addition of smoke, not only in relation to barbecue food, remains a popular cooking technique, and can add depth to anything from salads to sauces, fats to vinegars; think smoked tomato salsa or potatoes cooked in smoked oil,” she said.

“It continues to be used as a way of adding depth of flavour to meat, vegetables, and even dairy-based products.”

As with food trends in general, vegetarian and vegan dishes are now accounting for an increasing share of barbecue dishes, according to Crook at Rational UK.

“As plant-based foods become more accessible and appealing, more people are adding them to their diet.

“Expect to see more things like vegan `seafood` or banana blossom as an alternative to fish and chips.”

In terms of sauces, spice is another notable trend, said Hyde.

“We also see the use of Sriracha sauces evolving to the point where they are now used in burgers, pizzas and as either a dip or marinade for a range of barbecue dishes,” she said.
The way sauce is served in outlets has also been shifting, with Hyde reporting that venues have been shifting away from offering customers bottles towards individual portions in dip pots.

A successful barbecue offer isn’t only about the food, however.

Gemmell at Heineken UK said the drinks range is just as important, with recent research showing more than 40% of pub-goers are actively looking to try new drinks when visiting the on-trade.

“Lagers, ciders and soft drinks all increase market share during the warmer months, with draught fruit cider growing by 1.2 percentage points and packaged at two percentage points,” he said.

And maintaining high standards in the outdoor space itself is paramount, said Gemmell.
Heineken has six points it considers key for making the most of an outdoor area in the coming months.

These include keeping the space clean and litter-free, ensuring enough staff are on duty to service the space, ensuring vacated tables are turned quickly by clearing away used plates and glassware, and making sure the furniture itself is up to date and in good condition.

Wi-fi should always extend to any outdoor areas so customers outside are able to access it, and – above all – any outdoor area has to be legally-compliant in terms of licensing law.

“During the summer, external bars have also proven to be successful in many venues in recent years,” said Gemmell.

“As well as helping to reduce stress on the main bar during busy periods, they also allow outlets to maximise sales in outdoor areas.”