THE twists and turns experienced on life’s path – that’s what the Buddhist symbol of Unalome is said to represent.

It was chosen by chef Graeme Cheevers as the name of his first solo venture in his home city of Glasgow, representing his own journey – from discovering his passion for food whilst at school and securing his first role working for Geoffrey Smeddle at fine dining restaurant Étain to a spell overseas working in Singapore and New York, before returning to Scotland to continue his career with some of the country’s top chefs.

And when SLTN caught up with him at his Unalome by Graeme Cheevers restaurant on Kelvingrove Street last month he conceded the moniker is especially apt given the added challenges brought by the COVID-19 pandemic to launching the business.

Ultimately, though, the ‘twists and turns’ led to Unalome being awarded a Michelin Star in February – just eight months after opening.

It was an ambition Graeme had been clear about achieving for his own restaurant from the get-go.

No stranger to the coveted Michelin accolade, Graeme spent more than six years at Martin Wishart at Loch Lomond, which was first awarded a Michelin Star in 2011, followed by a two-year stint as head chef at the Isle of Eriska Hotel – during which time it received a Star.

And he said gaining the prestigious honour – in which Michelin said Graeme’s “considerable culinary skills pay their respects to the finest of Scottish produce”, adding that “there is boldness and a sophistication to the cooking” – so soon after launching Unalome is a huge achievement for the 20-strong team.

“I don’t think it’s quite a record but it’s been fast.

“And for a new restaurant especially I think that’s quite an achievement.

“It’s a great satisfaction for myself and the team that we’ve all done it.

“The dining scene in Glasgow is progressing quite fast so it’s good for the city as a whole as well. It will help raise the profile of the city I think as more of a food destination.”

Glasgow was always going to be the location for Graeme’s first solo venture.

As his home city and the one in which he began his career, he describes it as a place he knows and loves.

So when the opportunity to acquire the former Sisters restaurant came up, Graeme and his business partner jumped at it; and a root and branch refurbishment to transform the space followed, with work getting underway in October 2020.

The elegant yet relaxed interior of the 60-cover restaurant combines parquet flooring, dark wood tables and a combination of contemporary chairs and banquette seating upholstered in fabrics and velvets in complementary shades of green with feature glass light fittings and wood wall panelling. 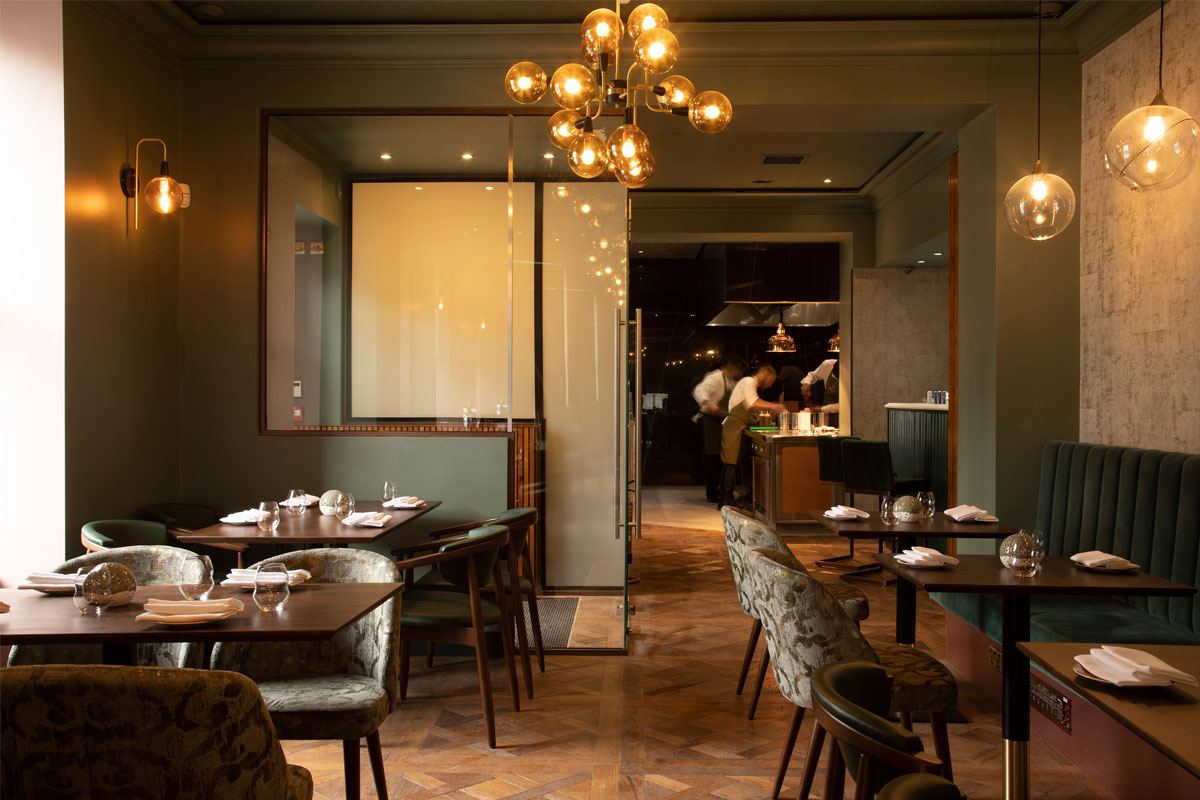 At the opposite end to the dining area, the stainless steel of the open kitchen ‘pops’ against its black marble surround; and a slick marble counter with high seats upholstered in green leather gives customers opting for the Kitchen Table experience (which is priced at £150 per guest for an exclusive eight-course menu – and a further £150 per guest for paired wines – for a maximum of four guests) a fully immersive experience in the kitchen during service.

The Kitchen Table experience is, of course, just one of a number of dining options at Unalome.

Describing the style of food as modern European with some Japanese influences, Graeme said he sources produce locally as much as possible.

“I’ve kind of stuck to the same style for a long time now and it’s just food that I love to eat,” he said.

“I just cook what I know and like. And don’t overcomplicate it or make it too fussy, which I think works in Glasgow.

“Where we can we get produce [which is] local or Scottish but we also go further afield. We go where we need to go to get the best we can get.

Of course the impacts of Brexit and the pandemic are just some of the challenges currently facing hospitality businesses.

Rising operating costs across the board, coupled with VAT returning to 20% this month, the resumption of business rates bills and a squeeze on consumer spending due to the rising cost of living have brought extra challenges for businesses.

But Graeme remains confident; bookings have been strong since Unalome opened, with the Michelin Star only increasing demand.

“We picked up a lot more bookings than I had anticipated so that’s a good thing – and not just for the business, it shows there’s a market out there for it, people enjoy that style of dining,” he said.

“I think when people go out they’re looking for a different experience.

“It’s all about progression and not standing still.

“You know, that’s what the guys in the kitchen are here for; they want to keep learning and progressing their careers as well so you’ve got to ensure that for them.

“[My business partner and I] both had the same vision and ethos for the restaurant, just to be the best it can be and create something special – not just for the customers but for the staff, where they love to work.

“I just want to focus [here] and make this the best restaurant it can be.” 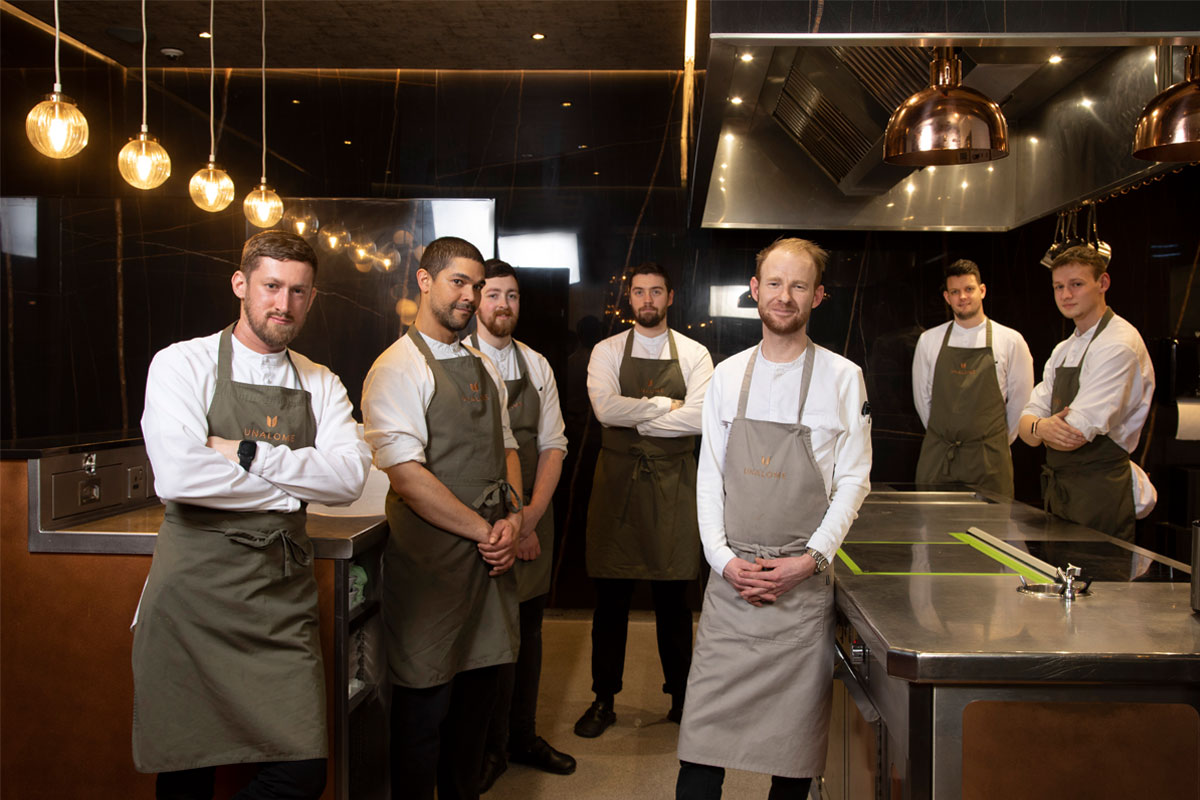