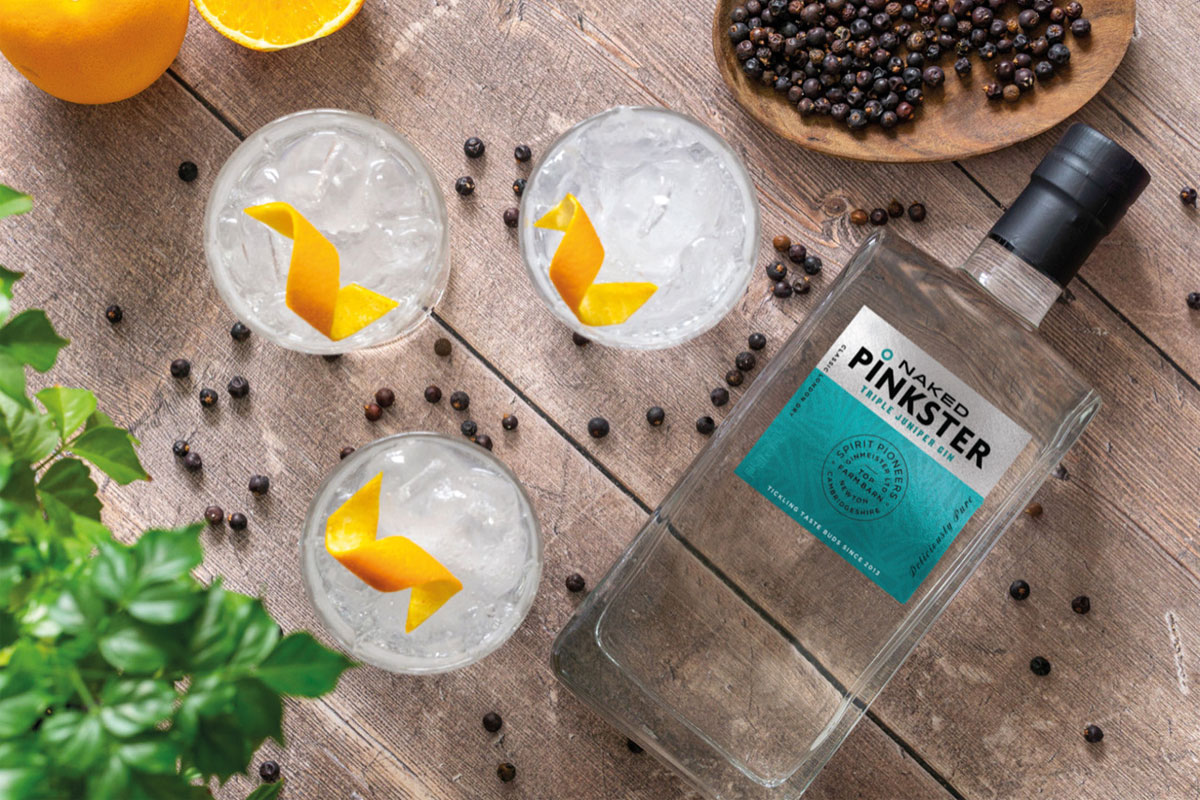 THE firm behind “pink gin pioneer” Pinkster has launched its base gin as a stand-alone product.

Naked Pinkster is the ‘triple juniper’ base gin which is usually then macerated with fresh raspberries to create Pinkster gin, which was first launched in 2013.

Made with five botanicals to Pinkster’s recipe by G&J Distillers, Naked Pinkster is described as being “rich in juniper on the nose… with pepper notes in the tail”.

Stephen Marsh, managing director of Pinkster, said: “The truth is, we’ve been hiding our light under a bushel for far too long. Unlike many of our pink peers, Pinkster has long been acknowledged as a dry gin and that’s because we refused to cut corners on the quality of our core spirit.

“With its subtle notes and hint of pepper, this juniper-forward gin provided the perfect foil for the fresh fruit that we’ve built our reputation on. Eight years later, it’s now time to bare all and introduce Naked Pinkster as a quality gin in its own right.

“Juniper, the all-important botanic berry, has taken a back seat to the multitude of botanicals in many new-wave gins, so we’ve made it the star of Naked Pinkster. There’s simply no escaping that charismatic peppery bite of a classic London Dry.

“Along with the original Pinkster gin and assorted natural by-products, we’re providing the trade with a range of sustainably sound, premium drinks that remain bang on trend with current consumer habits.”