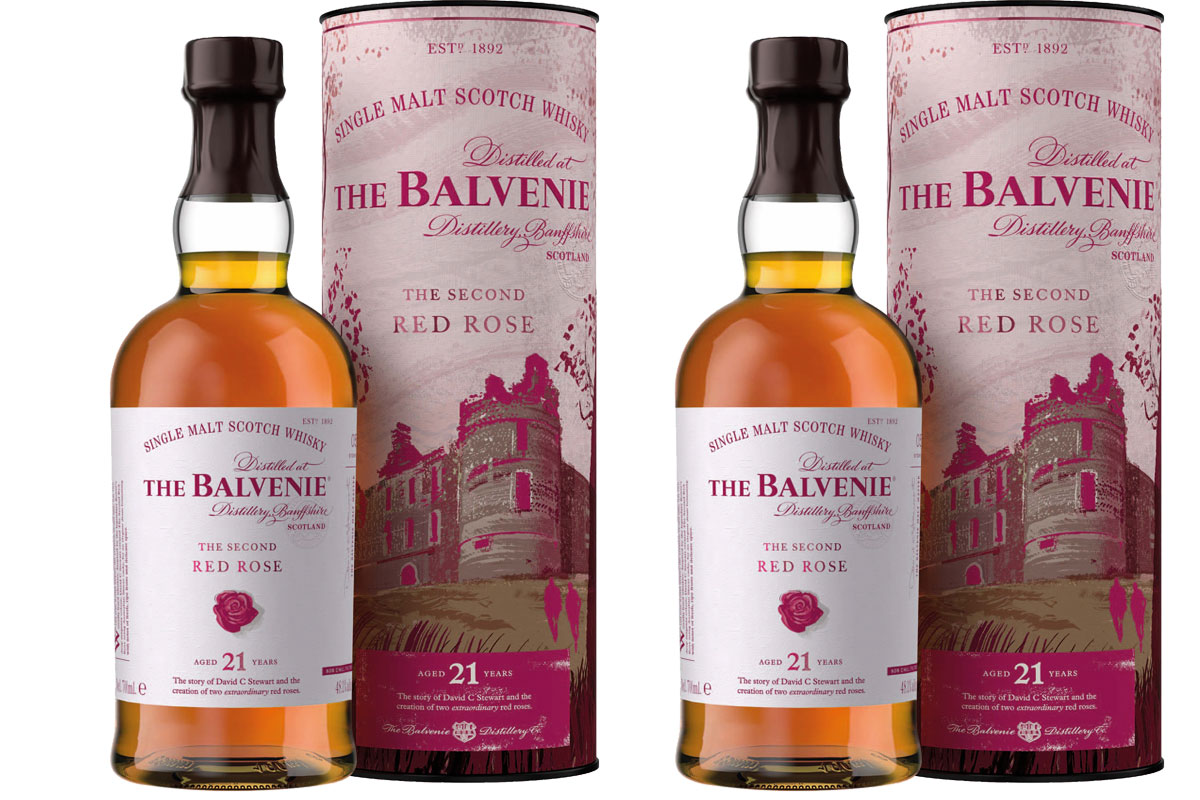 SPEYSIDE single malt The Balvenie has a tale to tell this Christmas following the launch of a new whisky bottling.

The Second Red Rose is the latest in the distillery’s Stories range of bottlings, each of which has a particular story behind it.

In the case of the most recent bottling, the name was drawn from two sources. It is a reference to an earlier bottling of The Balvenie, Balvenie Rose, which was available only at the distillery shop, as well as to Margaret Douglas, the 15th-century noblewoman who occupied nearby Balvenie Castle.

Margaret lived in the castle with her husband, the earl of Douglas. Following his death, ownership of the castle reverted to King James II. However, the king allowed Margaret to continue to live there. In return, she sent him a single red rose every year.

The Second Red Rose is a 21 year old single malt which has been finished in Shiraz casks.
It is described as intense and sweet, with flavours of blackberries, ripe peach, oak and cracked black pepper.

Balvenie malt master, David Stewart, said: “It has been a real pleasure to bring back such a wonderful story in The Second Red Rose, and to do it with the new finish using Shiraz casks.

“The original Balvenie Rose was a distillery exclusive, so it’s great to have the opportunity to share the story with more people.”