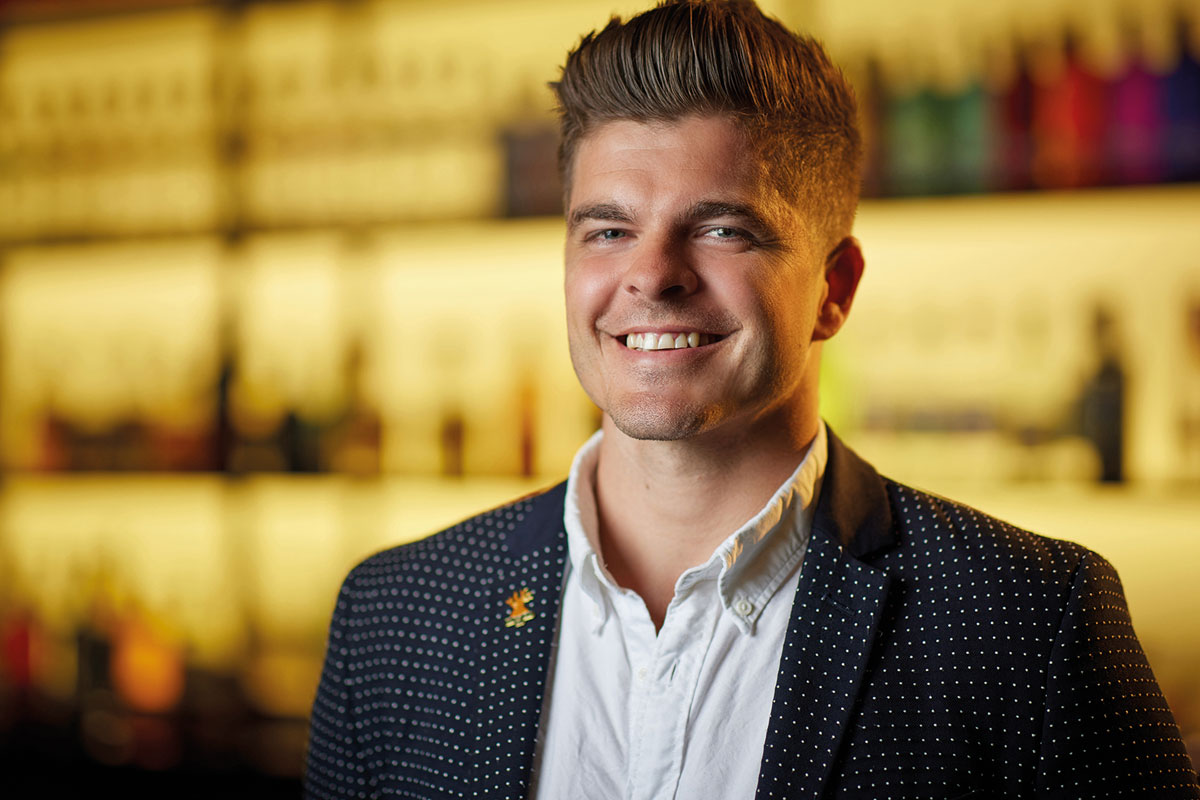 BARTENDERS from around Scotland were treated to a whistle-stop tour of premium spirits last week, thanks to Halewood Artisanal Spirits and SLTN.

Describing the spirit as having a “strong profile” of cassia bark, coriander and juniper on the nose, Tomlinson took attendees through the history of the brand and the Whitley family, as well as the importance of the South African baobab powder included in the gin and which gives the liquid its smooth texture.

It is this ingredient, said Tomlinson, that helps make the gin ideal for use in cocktails such as the Martini and the Tom Collins.

JJ Whitley Artisanal Vodka was next up.

Paired with Fever-Tree Mexican Lime Soda, the vodka, which is produced at Halewood’s distillery in St Petersburg, was described as “a very clean, easy-sipping vodka”.
“It’s all about mixability,” said Tomlinson.

“Great for cocktail bars. Great for consumers that are looking for a really good quality vodka at an affordable price.”

Tomlinson said the JJ Whitley brand has been performing well in the UK on-trade, where it is used in popular cocktails including the Woo-Woo, Moscow Mule, Bloody Mary and Martini.
In addition to the standard Artisanal Russian Vodka sampled during the tasting, the range includes nine flavoured vodkas as well as a number of JJ Whitley gins.

The brand, launched in 2015 and acquired by Halewood a year later, now lays claim to being one of the biggest spiced rums in the UK in both volume and value terms. There are now ten flavours in the range, with the most recent addition being the new Cherry Rum.
In the Trade Tasting session, attendees sampled the original Dead Man’s Fingers spiced rum paired with Fever-Tree Madagascan Cola.

Using a Panama rum as a base, Dead Man’s Fingers is then re-rectified in the UK before additional flavours and spices including clove, cassia bark, ginger, orange, lemon and lime are added.

“What we’ve got in here is a high concentration of cassia bark and orange peel, and because of that it’s the flavour profile of Pedro Ximenez,” said Tomlinson.

“It’s probably the only spiced rum I know that has this profile. It’s very unique. It has that sort of rum and raisin to it that’s very different to other spiced rums.”

The Madagascan Cola, said Tomlinson, was chosen because of “the beautiful vanilla note in there [which] pairs brilliantly [with the rum]”.

The final spirit on the evening was the Crabbie’s Yardhead single malt.

Targeted at the growing ‘no age declared’ whisky market and designed specifically for mixing, Yardhead is three-year-old whisky produced at the company’s distillery in Bonnington, Edinburgh.

“For me Crabbie’s is very versatile, very easy to mix.

“One of the points for us in terms of the commercial market is going after consumers that are entering the Scottish single malt category.

“Then we bleed them into our different variations within the Crabbie’s range.”

The whisky was paired with Fever-Tree Spiced Orange Ginger Ale.