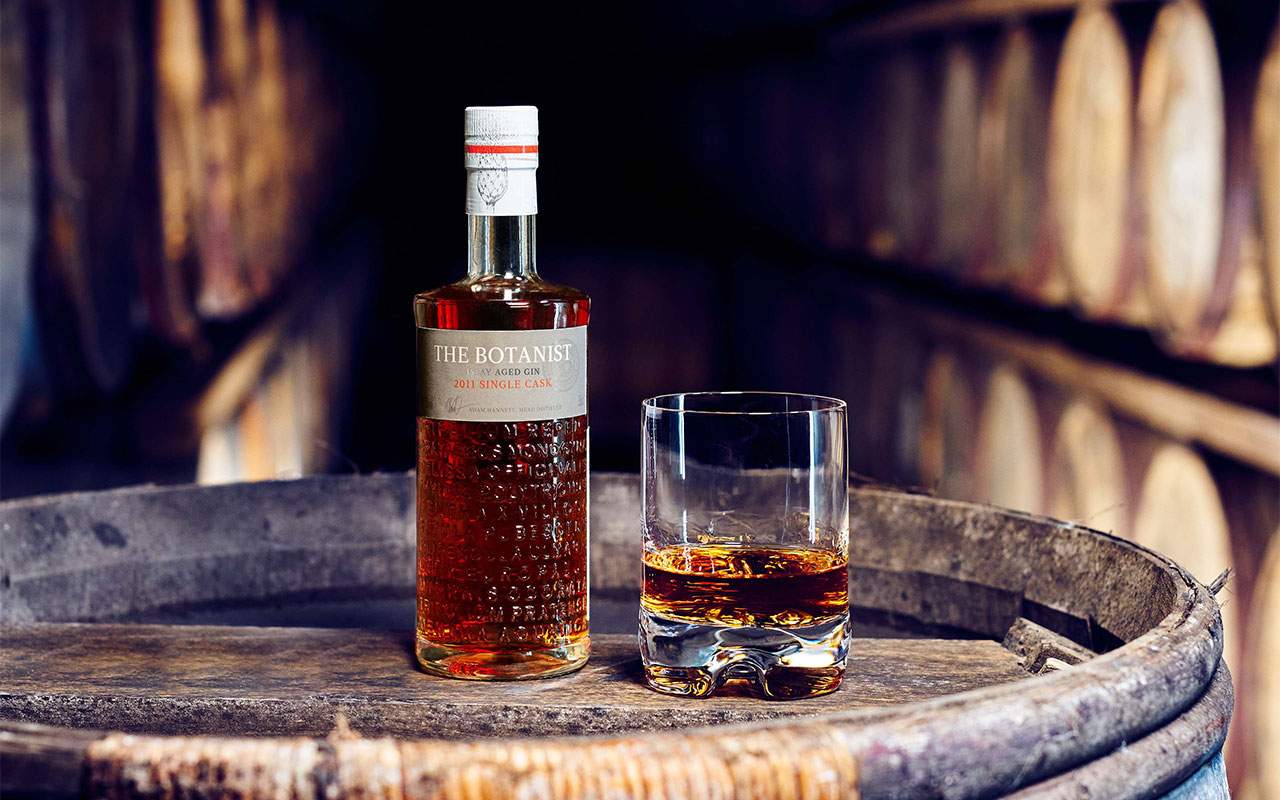 BRUICHLADDICH Distillery on Islay has released a special bottling of its gin, The Botanist, which has been a decade in the making.

The 2011 Single Cask Islay Aged Gin was distilled in the first year the distillery began producing The Botanist and has spent the past decade maturing in a red wine cask.

As the bottling was from a single cask, only 418 35cl bottles were made available to mark the brand’s tenth anniversary.

“This single cask of The Botanist Islay aged gin is the embodiment of our curiosity, craft and philosophy,” said Bruichladdich Distillery chief executive, Douglas Taylor.

“To think that it has been maturing quietly on  Islay, from the very beginning of the brand’s existence to this point, is really special.

“I’m delighted to toast The Botanist’s tenth birthday with this incredible and unique spirit.”

Curiosity and patience led us to this unique experiment. We think it’s been worth the wait.

The limited edition bottling was released as part of the distillery’s participation in the 2021 Fèis Ìle event, which was held virtually this year.

Botanist fans interested in purchasing a bottle, priced at £75 each, were able to register on the brand’s website, with bottles allocated by ballot.

Bruichladdich described the gin as having a flavour of brown sugar, honey, tobacco and toffee, with citrus and juniper on the finish.

The distillery promoted the gin as being best enjoyed neat or on the rocks.

Head distiller Adam Hannett said: “It’s something special to have a single cask of The Botanist, matured from the first year that we released it out into the world.

“We describe The Botanist as the unique expression of the heart and soul of Islay but obviously the island is best known for whisky.

“Curiosity and patience led us to  this unique experiment.

“We think it’s been worth the wait.”

In addition to The Botanist, Bruichladdich produces the Bruichladdich, Port Charlotte and Octomore single malts.