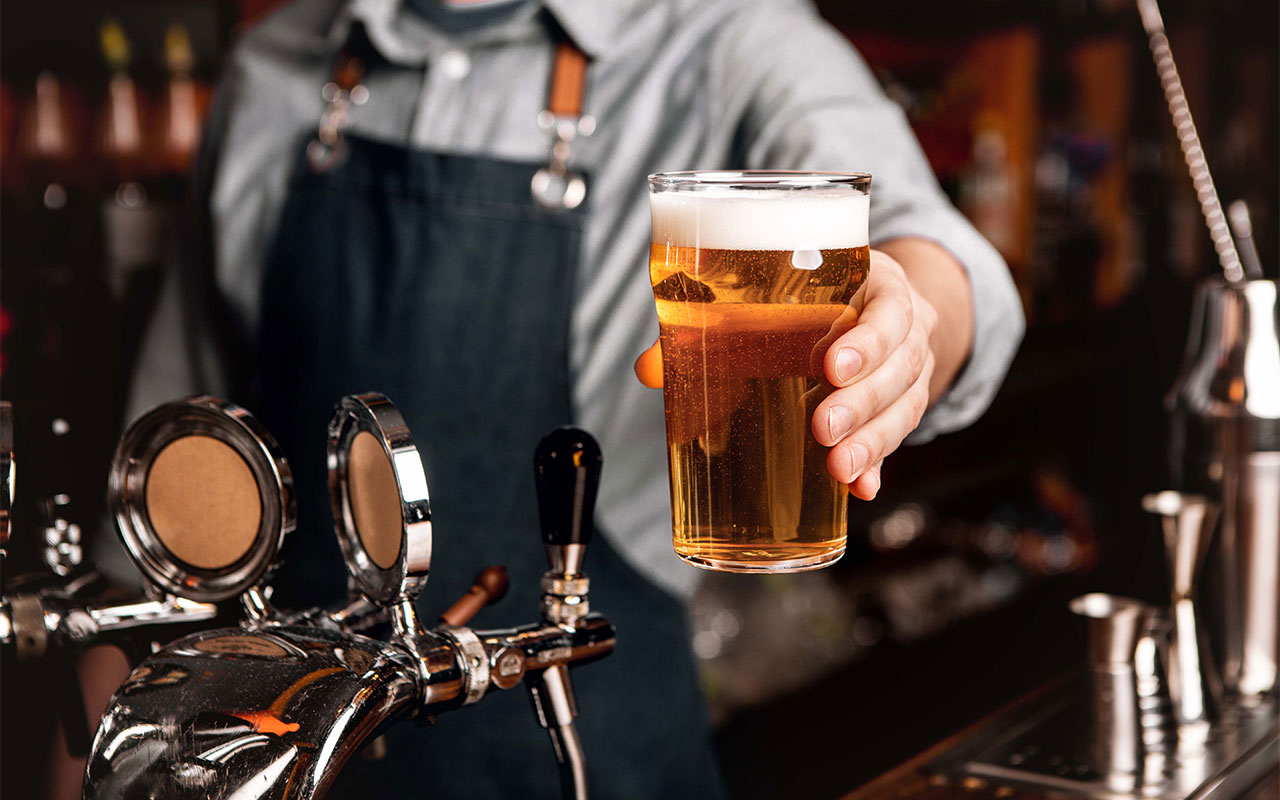 IT almost goes without saying that freshly-poured pints will have been sorely missed by many pub-goers over the past year, but even the biggest beer fan is unlikely to put up with sub-standard beer.

Even as customers flock back into premises to enjoy a cold pint, brewers have warned against complacency in product and service.

“People have been used to serving themselves when, where and how they want over the pandemic,” said Fallen.

“Tolerance of poor service or poor quality product is likely to be low, particularly when people are being asked to pay pub prices for (potentially) drinks they’ve been consuming in volume at home for much lower prices.”

“Customers are delighted to be back and operators should return the enthusiasm and enhance the experience as much as possible.”

And Stewart Brewing marketing and  customer experience manager, Sarah Stirton, warned that customers are likely to be re-appraising venues after such a long time away.

“After such a long break people coming to your premises will be forming completely new opinions of not only you but the brands you sell,” said Stirton.

“To put quality on the line is to put your reputation and future business on the line too.

“With the tough year the trade has had that isn’t something anyone can afford to do.”

Lager (both domestic and imported), ale and craft beers including IPAs were all predicted to be popular in on-trade venues in the coming months.

Ed Evans, head brewer at Cold Town Brewery in Edinburgh, said that the brewery has seen “a large trend towards sessionable beers”.

“With less interest in ales with high bitterness, the recent trend away from traditional IPAs to fruit-forward New England-style IPAs has made the craft segment more accessible than ever so we expect this to continue,” said Evans.

Other brewers pointed to another on-trade favourite – cask ale – as a style of beer that’s likely to prove popular with pub customers in the coming months.

Fallen at Fallen Brewing said he expected cask beers to sell “extremely well” in the on-trade this year.

“It was the only style that you really couldn’t drink over the last 12 months and it’s a format that really only works in the on-trade,” he said.

He was supported by Stirton at Stewart Brewing, who said she would “not be surprised to see a strong demand for cask ale as pubs begin to reopen”.

“Real ale is an experience that just cannot be recreated at home and plenty of people will have been missing it over lockdown,” said Stirton.

Low or no-alcohol beers were another style flagged by several brewers as one to look out for this year.

John Gemmell, on-trade category and commercial strategy director at Heineken UK, said the overall low and no-alcohol sector was worth £94 million in the UK by early 2020 – with £8m of that value coming from Scotland.

And the pandemic has only made these products more popular, according to Gemmell.

“COVID-19 has accelerated the moderation trend,” he said.

“With increased time being spent on health and wellness, moderation and the demand for no and low alternatives will likely continue to rise across all demographics.

“Now is the time to review  your no and low offering and adjust your range accordingly.”

This was echoed by Stuart Cook, joint managing director at Harviestoun Brewery, who said non-alcoholic beers “represent choice” for those pub customers choosing not to drink alcohol.

“There will always be someone who doesn’t want to drink, or is driving so a decent range of non-alcohol beers represents choice,” said Cook.

“It is key to remember that not every non-drinker wants a non-alcohol lager.

“Putting a choice to include a decent non-alcohol ale in the range will help satisfy that need and maybe make the rest of the drinkers in the party stay a little longer.”

Aside from providing customers with greater choice, stocking a range of low and no-alcohol beers can be a boon to profit margins, according to Neil Martin, on-trade sales director (east) at Tennent’s.

“No and low ranges tend to offer as good – if not better – a margin opportunity compared to full-strength products,” said Martin.

“Our research has shown that people are willing to pay more for products that meet their needs, and the functional benefits of low-ABV, low-cal, low-carb, vegan-suitable and gluten-free liquids are ticking more and more boxes for consumers looking to moderate consumption.”