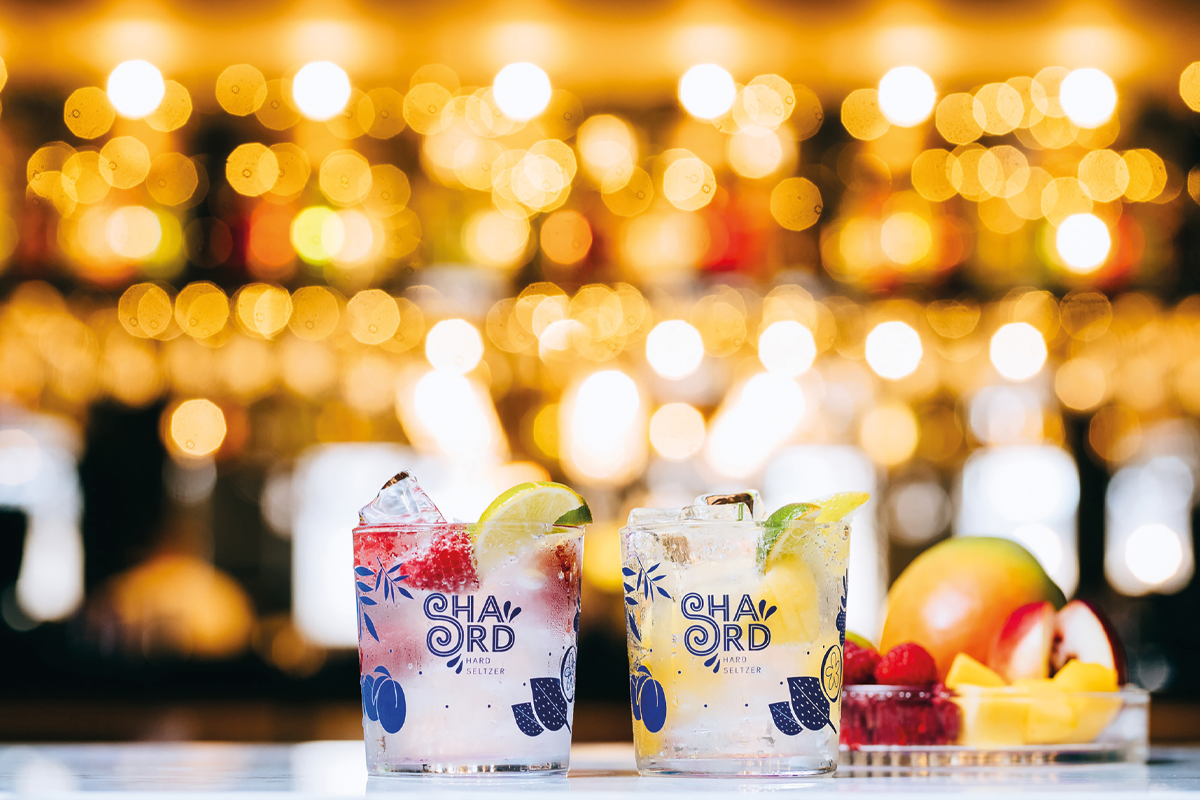 AS one of the newest drinks categories in the Scottish on-trade, hard seltzers may not have the name recognition or popularity of draught beer or gin, but it’s a product licensees would do well to familiarise themselves with.

Hard seltzers – effectively alcoholic carbonated water with fruit flavours – are predicted to become a major player across the UK in the coming months and years after taking the US market by storm.

Drinks companies told SLTN that, although the category is still in its infancy in the UK and consumers and licensees are still learning exactly what a ‘hard seltzer’ is, the market is poised to grow exponentially.

“It’s not going to be an overnight success, it’s going to be seeded over a few years but the trends globally are clear to see,” said McPhee.

“Hard seltzers are expected to see the biggest growth in the [market].

“While it’s still early days in Europe, we’re expecting the hard seltzer category to follow a similar pattern to the US, where sales are expected to surpass total spirit sales,” he said.

While revenues in the UK are obviously growing from a low base, Tashinga Garwe, trade marketing manager at Mark Anthony Brands – the UK distributor of American hard seltzer giant White Claw – said recent sales figures had been encouraging.

“In the last four weeks, we have seen the highest ever value sales within the hard seltzer category in the UK, surpassing 2020 summer levels,” said Garwe.

“Given this trend, we expect strong growth for the coming year while distribution continues to grow in the off and on-trades.”

While the category itself may still be in its infancy, it could be well-positioned to tap into some established trends in the UK, including the growing popularity of healthier products.

“The low calorie and low-carb aspect of hard seltzers will appeal to consumers who are looking to moderate their alcohol or calorie intake by seeking healthier alternatives and already drink products within the ‘no and low’ category,” said Emily Gray, premium brand manager at Tennent’s, parent company of Scottish hard seltzer brand Shard.

“Hard seltzers offer consumers a simple and refreshing drink that isn’t challenging in flavour or taste and many also boast vegan and/or gluten-free credentials.”

That was echoed by Hannah Fisher of The Alcoholic Water Company, owner of another Scottish brand, Lilo.

Fisher said the main appeal of the category to consumers is that they “can enjoy an alcoholic drink which is refreshing yet also not as indulgent as other refreshing alcoholic beverages on offer”.

“Hard seltzers are typically less than 90 calories and 5% or less in ABV,” said Fisher.
The range of flavours on the market could also help attract customers to hard seltzers, reckoned George Blurton of Long Shot Drinks.

“Flavour must come first when attracting a new audience to hard seltzers,” he said.

“Unique and different flavour combos they (consumers) aren’t readily seeing elsewhere will help introduce new customers to the category, maybe in a similar way we saw with the craft gin market and its abundance of artisan flavours.”

In fact, stocking complementary flavours to those already on the back-bar is advisable, reckoned McPhee at Twisted Sisters.

“I think a good gauge for flavours and brands will be looking at your flavour profile across other spirits,” he said.

And Blurton at Long Shot Drinks reckoned the ‘newness’ of the category could work in its favour in the on-trade.

“Hard seltzers so far have benefitted from being the ‘new kid on the block’ and, if nothing else, is a guaranteed conversation starter,” he said.

“The mere fact that people don’t fully understand what it means is enough to ask questions, and get people talking about the newest release.”

Food pairing and outdoor drinking occasions were said to present particular opportunities for hard seltzer sales, with the natural lighter flavours matching well with a range of dishes.

“The clean flavour profile of the drinks mean they naturally pair well with foods, and we’ve already seen a good amount of interest from restaurants looking to mix up their offering with a lighter alternative,” said Blurton.

She said: “Linking with light, summer foods and outdoor occasions along with bartender recommendation will help drive consideration with the customers who will become regular hard seltzer drinkers.

“Social channels and in-house digital screens are a great way of communicating with those style conscious healthy hedonists looking for the next big thing.”

Brand owners and licensees will both have their parts to play in growing the category, said Fisher at The Alcoholic Water Company.

She encouraged licensees to work with brand owners on staff training and displaying point of sale materials in their venues, but also acknowledged that brand owners had to do their own part “with low minimum orders, samples, etc”.

“We need to minimise the risk to the licensee while we drive consumer demand both in-bar and externally,” said Fisher.