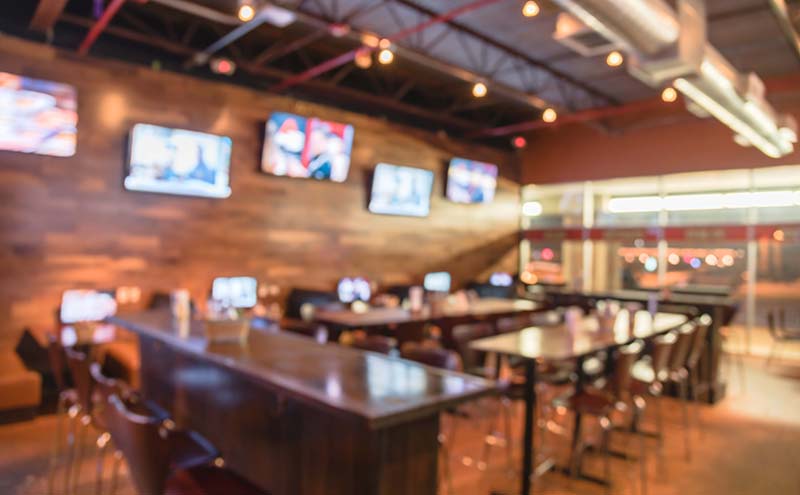 A GLASGOW bar owner has called for greater support from broadcaster Sky and music licence provider PPL PRS as the ‘ban’ on background music and TV volume in pubs and restaurants in Scotland continues.

Carmine Capaldi, owner of Linen 1906 in Shawlands on the city’s south side which has seen its capacity drop from 89 to 50 with one-metre social distancing, has criticised Sky for charging pubs when they are operating at reduced capacity and when statutory guidance from the Scottish Government states that there should be “no background music and televisions [should be] on mute and subtitled” – a measure added to guidance from August 14. He has also criticised PPL PRS, claiming he paid his music licence fee for this year upfront and has not been able to access an immediate refund for the lockdown closure period and music ‘ban’.

Capaldi told SLTN: “It is preposterous we’re still being charged when we can’t have any volume on the TV and I’ve paid the music fee upfront and can’t get a refund immediately when we’re not allowed any music on.

“Pubs are desperately trying to survive all this and we should be getting support from these big companies and organisations.

“The music ban is killing it; it’s a joke.

“You hear people phoning in to the radio and they’ve got the radio on in the office or wherever they work but we’re not allowed background music on in pubs. I’ve been in this game for 30 years, I’ve had Linen for the past 15 years and live music was a big part of it but this is going to be the death of live music.”

A spokeswoman for Sky Business said: “We understand that these are challenging times for many businesses.

“The statutory guidance was introduced to reduce music/volume noise levels to a minimum in hospitality premises. Our customers are still able to show live sport and their guests continue to enjoy all the action that it brings. Subtitled commentary is also available for games.

“Supporting our customers and doing what we can to help them in uncertain times is very important to us which is why we didn’t charge our customers from March 14 up until July 15. For those premises who didn’t open on July 15, they had the option to suspend their services. Those that could open received 50% discount off their Sky subscription for July and August, which also coincided with the return of the Scottish Premiership, where all 48 games will be shown exclusively live on Sky Sports.”

A spokeswoman for PPL PRS said: “In response to COVID-19, PPL PRS will not charge customers for the use of music during government-enforced closures.

“PPL PRS calculate TheMusicLicence in advance, based on details provided by the customer. This is noted in the terms of the licence upon purchase. An annual review of their music usage is conducted to allow for any adjustments needed to reflect changes for the forthcoming licence period, and to calculate credit due, including for COVID-19 closures.

“PPL PRS look at each request for a refund on a case by case basis and in these difficult times we will of course be prepared to discuss customers’ individual circumstances and assist wherever possible.”