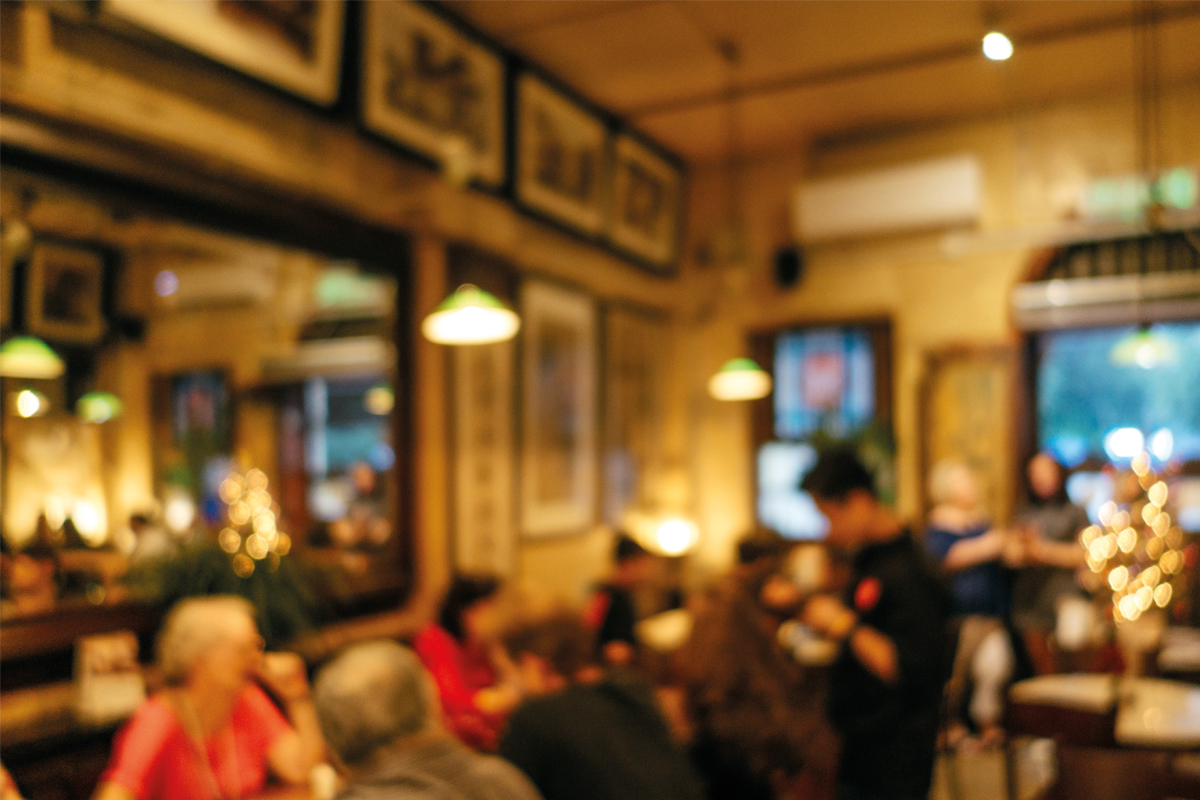 BAR, pub and restaurant operators who pay licensing body PPL PRS for the rights to play music in their premises can contact the organisation to ensure the current Scottish Government ‘ban’ on background music is factored into their next bill.

First minister Nicola Sturgeon announced on Friday August 14 that there should be no background music or sound from televisions “so people do not need to raise voices to be heard or get closer to others”. The measure was included in updated statutory guidance for the hospitality sector.

When contacted by SLTN a spokeswoman for PPL PRS said business owners “can contact PPL PRS to let us know they are currently unable to use music due to the ban, and their music usage and therefore licence cost will be adjusted to take the dates of the ban into account”.

“We continue to monitor the situation with the Scottish Government and hopefully businesses will be able to play music once again in the near future,” she said.

Operators can contact the organisation online at pplprs.co.uk/contact-us or by calling 0800 0720 808.

The statement from PPL PRS comes after operators told SLTN the lack of background music or TV volume has affected trade.

Stephen Montgomery, owner of The Townhead Hotel in Lockerbie, said it has been “terrible” for business and for staff motivation and morale.

“It came in on the Friday (August 14) and the first weekend wasn’t too bad because people had booked but we had people cancelling at the weekend there – it was the worst weekend for us since reopening,” he said.

“People are getting the train to Carlisle, which is only 15 minutes from here.

“And we’re seeing on social media people going to house parties where there’s no social distancing, no traceability, no limit on number of households; people are building bars in their back garden and it’s not just them you lose – you lose their five mates too.

“If the Scottish Government is trusting us to open they need to trust us to operate.

“I understand health has to come before profit, of course I do; but to not make face coverings mandatory but ban background music makes no sense. I actually think it’s making people lean in closer because they don’t want to be overheard talking in a place that is silent.”

John Duncan, who has owned Pitchers Bar and Club in Irvine for the past 16 years, agreed that the lack of background noise has hit trade.

“We’ve just had two weekends of trading with no music and it’s definitely had an adverse effect,” he told SLTN.

“We had background music on to create atmosphere, especially when we’re allowed fewer people in just now.

“A lot of our younger customers are saying ‘what’s the point in us coming out when we can stay at home, drink and have music on?’ We also get an older crowd in during the day and they like to listen to the racing and background music.

“It’s definitely affected business. I think it might be the final nail in the coffin for many places. And the fact it’s only guidance and not the law – it’s a mess. I feel the government don’t realise they’re playing with people’s livelihoods here.”

Stuart McCluskey, owner of Bon Vivant Group in Edinburgh, said the lack of background music is “taking a bit of the soul out of venues”.

“It’s one of those elements that all come together to make venues great,” said McCluskey. “You can’t really replace it with much else. You still have the murmur of customers but you need that background level of music. It’s certainly killing the vibe.”

And Mike Smith, manager of Bow Bar in Edinburgh, said his pub had only started playing background music when it reopened after the COVID-19 lockdown in order to “make it as comfortable as possible, as cosy, for couples rather than groups” as well as to “fill the gaps” caused by the pub’s reduced capacity.

“Having soft-played music can keep people’s voices down,” said Smith. “When there’s no music people start competing over other voices and their voices start creeping up. It’s actually louder with no music because people start trying to talk over the top of each other. That’s an interesting phenomenon we’ve picked up on.”