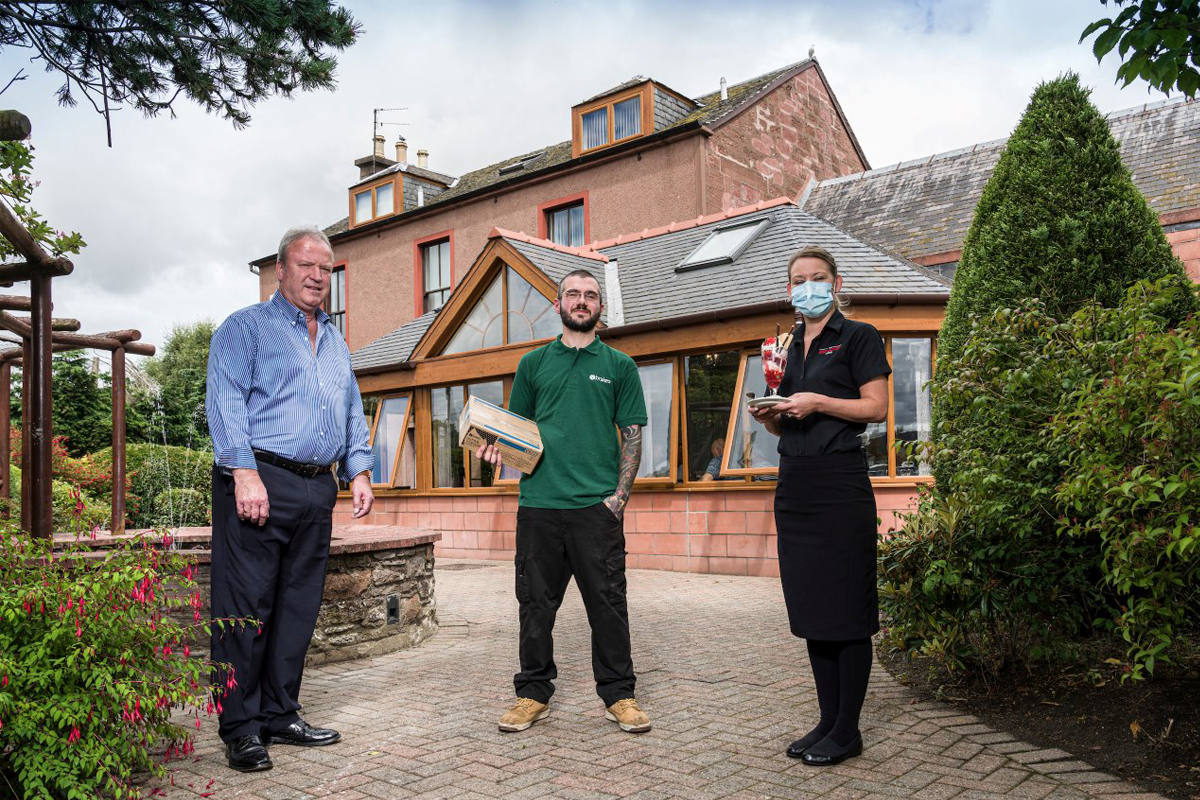 LOCALLY sourced food is at the heart of reopening for two Perthshire venues.

The menus at the Red House Hotel in Coupar Angus and Dalmore Inn in Blairgowrie, both of which reopened on July 15, aim to showcase Perthshire’s culinary offering and feature locally sourced meat from TH Stevenson Butchers in Stanley and David Reid & Son in Burrelton, fish from Mara Fish in Aberdeen and Spinks of Blairgowrie and fruit and vegetables from Dundee-based Les Turriff Ltd.

Head chefs Nigel Liston and Iain Naismith created fresh menus ahead of the reopening of the venues.

Restaurant and hotel owner Alan Bannerman, who has been at the helm of the Red House Hotel for 40 years, said: “It’s clear that in the coming months, our food and drink offering is now going to be more important than ever, so we are keen to collaborate as much as possible with our fantastic bunch of suppliers.

“Both my head chefs, Nigel Liston at The Red House Hotel and Iain Naismith at the DaImore Inn, are planning to create some special new dishes to celebrate us coming out of lockdown. These will showcase Perthshire’s rich larder.

“So far, we’ve been steady with food bookings, which is great, and at The Red House Hotel our beer garden will stay in place all summer, as it’s been very well supported too. We really appreciate it.”