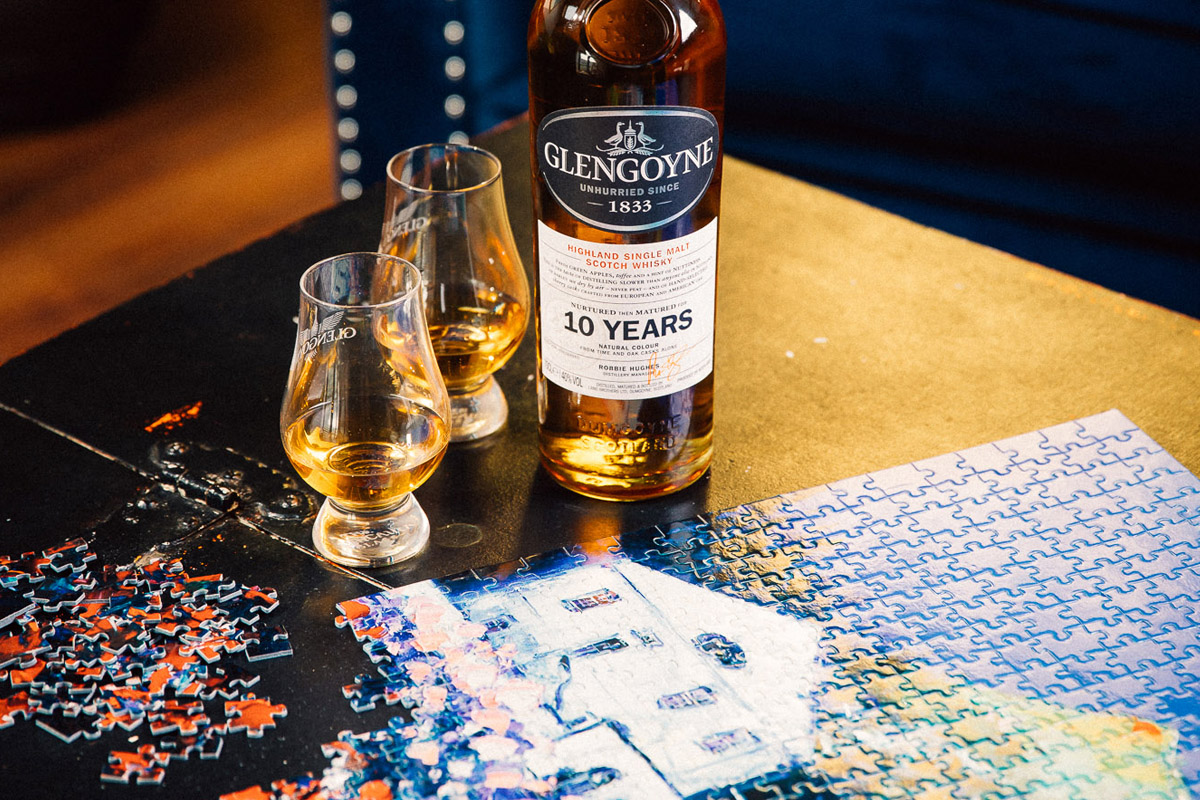 GLENGOYNE, the Ian Macleod-owned whisky brand, has released a limited-edition jigsaw puzzle to help the public beat the lockdown blues.

The 500-piece puzzle recreates the painting ‘Spring Blossoms at Glengoyne Distillery’ by Scottish artist John Lowrie Morrison (Jolomo) and is available to buy for £10 when any 70cl bottle of whisky is purchased from the Glengoyne website. A donation of £1 per every jigsaw sale will go to industry charities The Drinks Trust and The Ben.

Designed to be enjoyed with a dram, the jigsaw – which is said to “celebrate the brand’s own unique connection to time as Scotland’s slowest distilled malt” – has an estimated completion time of four to six hours.

Katy Muggeridge, senior brand manager at Glengoyne, said: “Many of us are obviously finding ourselves with more time on our hands right now, and time has always played such a big role in our whisky making at Glengoyne.

“We hope this limited-edition jigsaw will provide fans of our whisky with some special at-home entertainment during a difficult time, as well as offering a special keepsake from one of the nation’s leading artists.”

The whisky brand has also hidden ten golden jigsaw pieces in the puzzle sets, which can be redeemed for a Glengoyne Wee Tasting Tour at the distillery when the current shutdown is over.