AS the number of gins available to Scottish licensees continues to grow, the Scottish Gin Society has named the top ten most popular in the country.

Decided by a consumer poll which is said to have received over 19,000 votes, the list was topped by Isle of Harris Gin for the third year in a row, followed by Kintyre Gin, Rock Rose, Goodwill Gin and then Redcastle.

Isle of Harris brand ambassador, Iona Cairns, said: “Our team at the Isle of Harris Distillery are absolutely delighted and very honoured to hear that our Isle of Harris Gin has been voted the nation’s favourite in The Scottish Gin Society’s survey for the third year in a row.

“We are extremely grateful to all the gin lovers who voted for us and to our loyal customers for their continued support as we mark the fifth year of producing our Outer Hebridean spirit.”

This year’s Gin Society poll attracted nearly three times the number of votes as 2019, according to the organisation.

Niall Macalister Hall of Beinn An Tuirc Distillers, producer of Kintyre Gin, said second place in the poll “feels even more special this year given the large increase in voter numbers and also the vast array of Scottish gins in the market”.

In addition to their favourite gin, respondents were asked a number of other gin-related questions, including what they like to drink with their gin (mostly tonic, diet tonic and flavoured tonic) and how many brands they drink regularly (two or three was the most common response).

“We would like to congratulate the brands involved as they are all producing exceptional products and look forward to the bright future of the gin industry in Scotland,” said White. 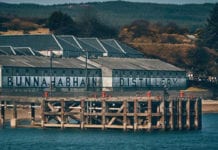 Class was in session 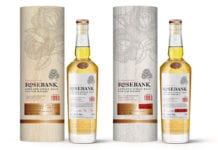