A rare treat for fans of a lowland giant 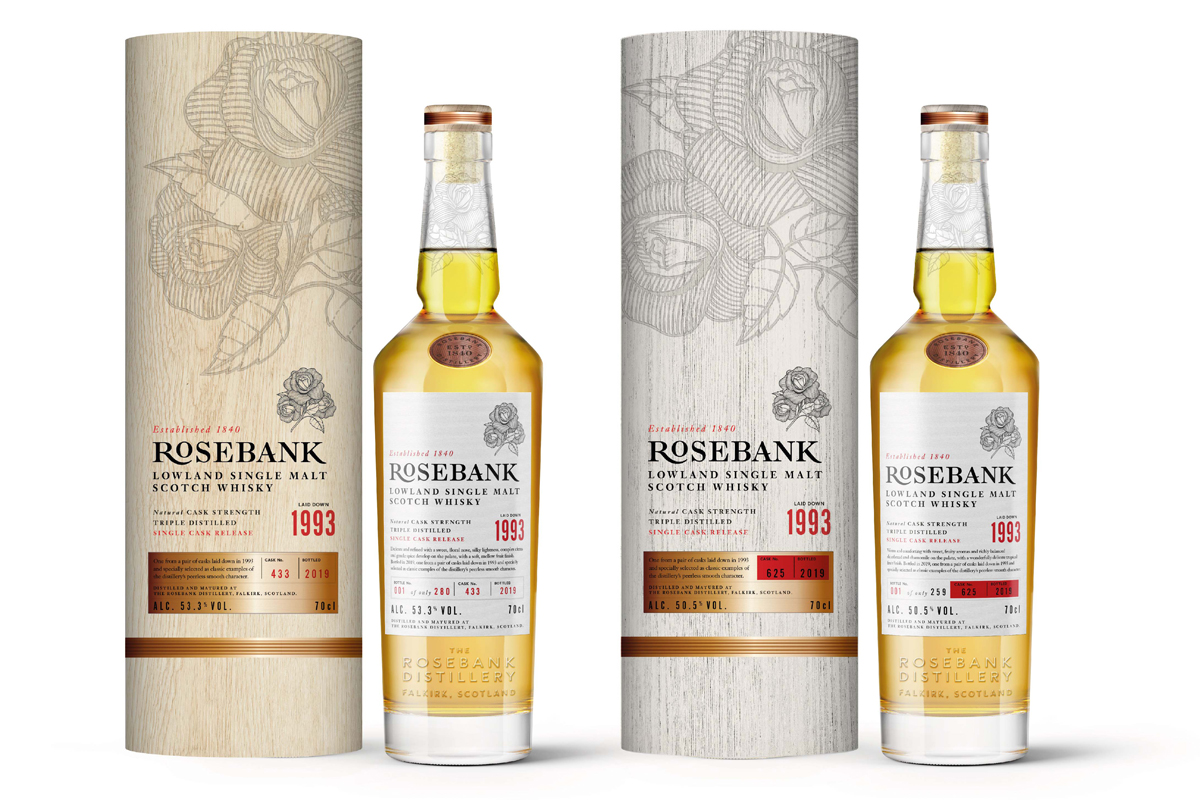 THE company that is to bring the Rosebank whisky name back to life is whetting appetites for the distillery’s return with the release of two single cask whiskies.

The two casks were filled in 1993 – the year former owner United Distillers (now Diageo) mothballed the facility – and are the first official bottlings of Rosebank since the brand was acquired by Ian Macleod Distillers in 2017. The company aims to open its new distillery later this year.

Cask number 433 has been bottled at a cask strength of 53.3% ABV and is described as having delicate notes of vanilla, mango, raspberry, barley sugar and lavender on the nose, and with a complex flavour incorporating cranachan and lemon, marzipan and faint spice.

Only 280 bottles have been produced.

Cask number 625, meanwhile, has been bottled at cask strength of 50.4% ABV and is said to have an aroma of warm banana loaf with hints of white chocolate, spearmint, Victoria sponge and dried pineapple. The flavour is described as having notes of shortbread, chamomile tea, dried herb and citrus. The cask filled 259 bottles.

Just 100 bottles of each whisky are being made available initially, with the company selling the bottles via a ballot on the Rosebank website.